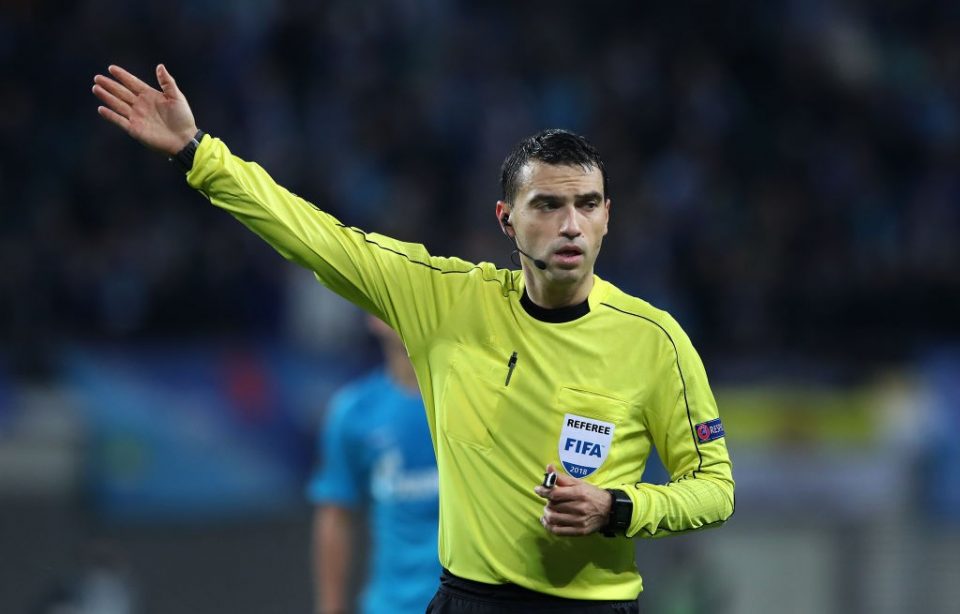 The Romanian referee in charge of Inter’s match against Shakhtar Donetsk got the major calls in the match right on Wednesday night, according to a report in the Italian media today.

As was reported by Corriere dello Sport whilst analysing Ovidiu Hategan’s performance, the two disallowed goals for Inter were handled in the correct manner by the referee and the Video Assistant Refereeing team.

The most contentious of the two disallowed goals came in the second half after Lautaro Martinez had scored. He was adjudged to have pushed a defender in the box and whilst the contact was minimal it was certainly there and it is understandable why the goal was disallowed.

The other came in the first half when Ivan Perisic thought he had opened the scoring. The replay showed that Matteo Darmian’s heel was offside. Whilst it was close, it is nonetheless offside.

The official did receive criticism for not booking Stepannenko for a foul on Edin Dzeko in the first half.