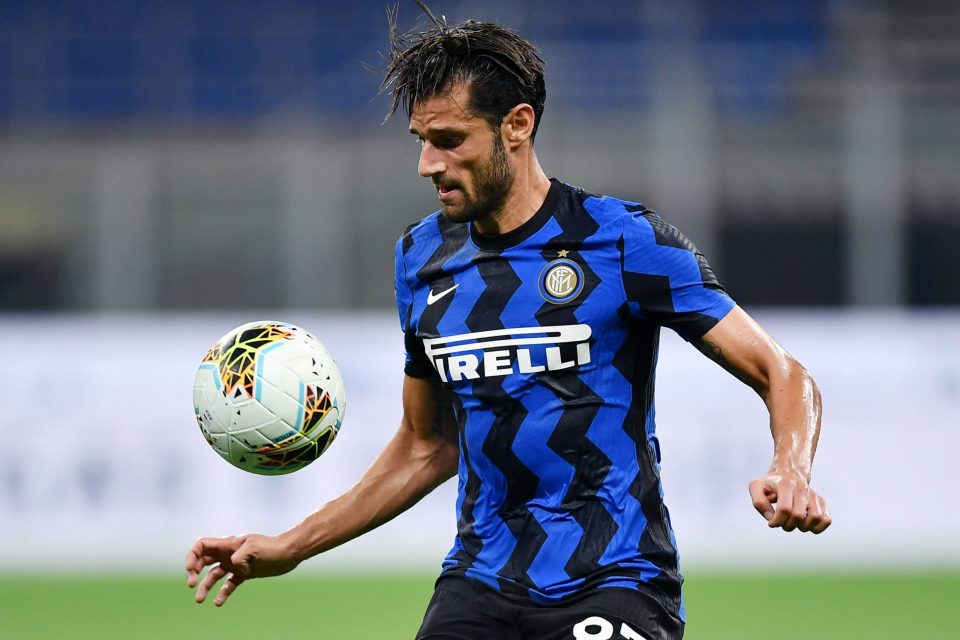 Sampdoria winger Antonio Candreva didn’t have much time to think about things when he decided to make the switch from Inter in the summer of 2020.

Speaking to Milan-based newspaper Gazzetta dello Sport in an interview published in today’s print edition, the 34-year-old explained that the move was one that happened very quickly.

Candreva spent four seasons with Inter after joining from Lazio during the summer of 2016, but by the summer of 2020 his role in the squad looked less secure, especially given the arrival of Achraf Hakimi and Matteo Darmian on the right.

The switch to the Ligurian side has been a successful one for the winger, who fit right into the team last season where he became a starter, and currently leads them for both goals and assists.

As he explained, however, it was not necessarily something that was planned out much in advance, and felt more like a spontaneous decision.

“I came off the back of a very strange season, and had just been in the Europa League final,” he explained. “I moved after the transfer window had closed, on October 5.”

He also spoke about the improvements made to his game under Antonio Conte at Inter, stating that “He improved me, I never thought I’d play the wide role in the 3-5-2.”

“Covering the whole flank is taxing,” he went on, “you have to be careful in the defensive phase and you still have to be decisive in attack.”

He explained that “Conte also made me more complete in terms of my mentality. How to approach training, the right attitude to go on the pitch and win games. He gets into your head.”