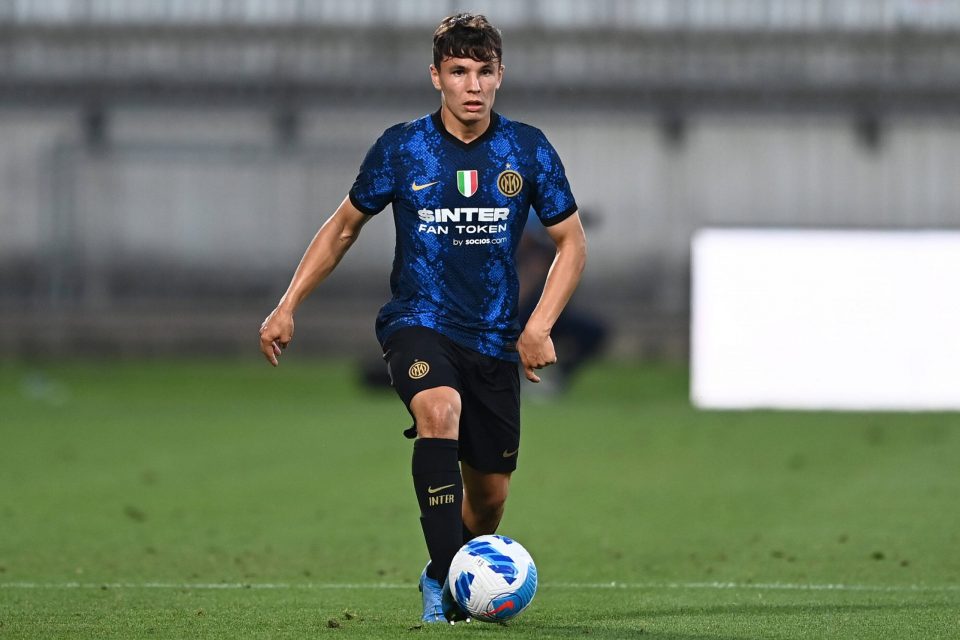 Inter wing-back Mattia Zanotti is very pleased to have gotten on the pitch for the first time with the Nerazzurri first team against Cagliari.

Speaking to InterTV after the match, the 18-year-old expressed his happiness at being able to come on during the second half of an emphatic 4-0 win over Cagliari in Serie A.

The Nerazzurri were in firm control of the match by the time Zanotti got onto the pitch, having gone ahead 4-0 and made absolute sure of the three points.

However, Zanotti’s presence hardly hurt the balance of the team, as the teenager shook off a couple hesitant early moments to really show his quality to put further pressure on the Rossoblu.

The teenager can now boast having made the jump up from the Primavera side to the first team and represented Inter at senior level for the first time, and it is a proud moment for him.

“There are no words,” he said after the match. “I thank the coach and his staff for the opportunity they gave me. Being in front of the full San Siro everything is unlike anything else.”

On comparisons to legendary former Inter captain Javier Zanetti with whom he almost shares a name, Zanotti stated that “He’s my hero. It’s nice, but it’s also difficult to be compared.”

On nearly assisting Alexis Sanchez when the Chilean hit the crossbar he stated that “It would have been the icing on the cake but the evening was still magnificent.”

On his dedication for the debut Zanotti named “My family, my friends, and my girlfriend. I thank all the people who have been by my side over the years.”

And on what coach Simone Inzaghi told him before he came on he said, “He said ‘don’t worry, just go out there and play your game.'”