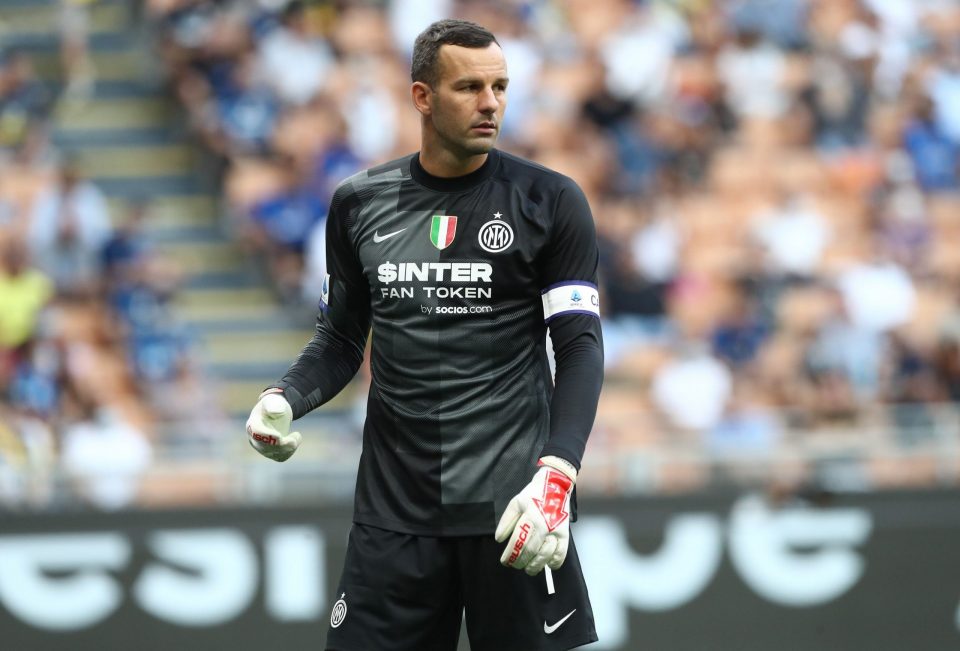 Inter captain Samir Handanovic could stay on past next summer when his contract runs out and the club sign Andre Onana, but he could also leave in search of regular football.

This according to Italian news outlet L’Interista, who report that the time is arriving for the 37-year-old to make his decision regarding his future with the Nerazzurri.

Handanovic is still the undisputed starting goalkeeper at Inter, having played every minute of the campaign so far in his tenth season with the club.

However, the Slovenian turns 38 next summer and has also had some high-profile errors this campaign, and the club are ready to move on to their long-term replacement.

Andre Onana will arrive from Ajax on a free transfer next summer, while Handanovic’s contract with Inter expires at the end of June 2022.

An offer is on the table for the captain to remain at the club as a backup option while Onana settles in, but with the clear intention that the Cameroonian will immediately be first-choice.

The Slovenian could also decide to leave the club in search of a starting role at a smaller club with the time that remains in his career.

Thus far Handanovic has not made his decision on his future, but he has two options before him.