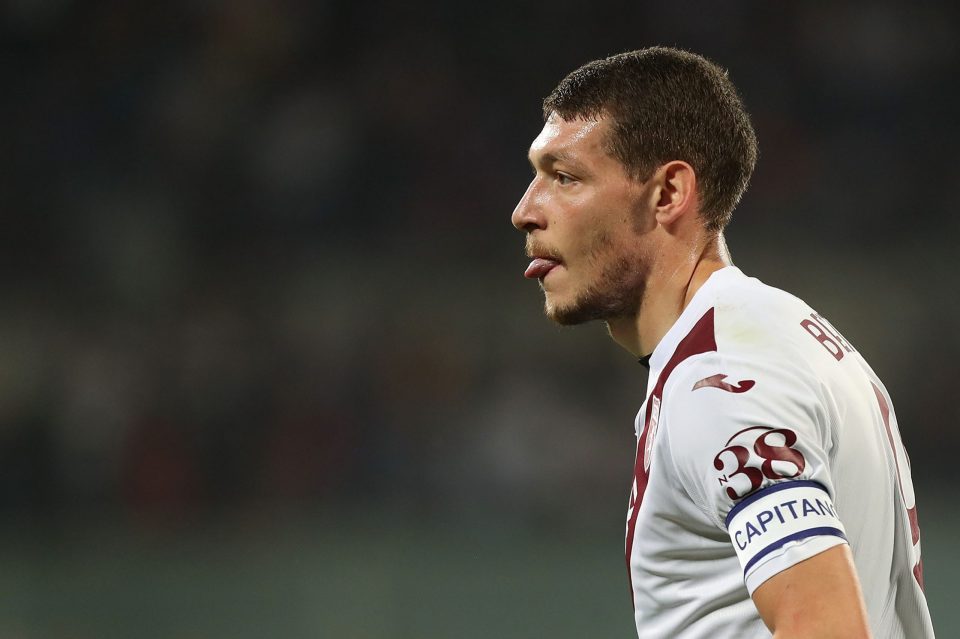 Inter are ready to move for Torino captain Andrea Belotti on a free transfer next summer, but they will face competition from the likes of Sevilla and Fiorentina.

This according to today’s print edition of Rome-based newspaper Il Messaggero, who report that the Nerazzurri are ready to move for the 27-year-old who is set to leave the Granata at the end of his contract.

Belotti’s current deal with Torino is set to expire at the end of June 2022, and an agreement on an extension still appears to be far away.

Inter have already targeted the striker, having been in talks for his signing during the summer transfer window as a potential replacement for Romelu Lukaku before they settled on Edin Dzeko and Joaquin Correa.

They look set to return for Belotti’s signature next summer when he becomes available without a transfer fee, though they will have to rival Fiorentina and Sevilla, while clubs from the Premier League have also begun inquiring about him.