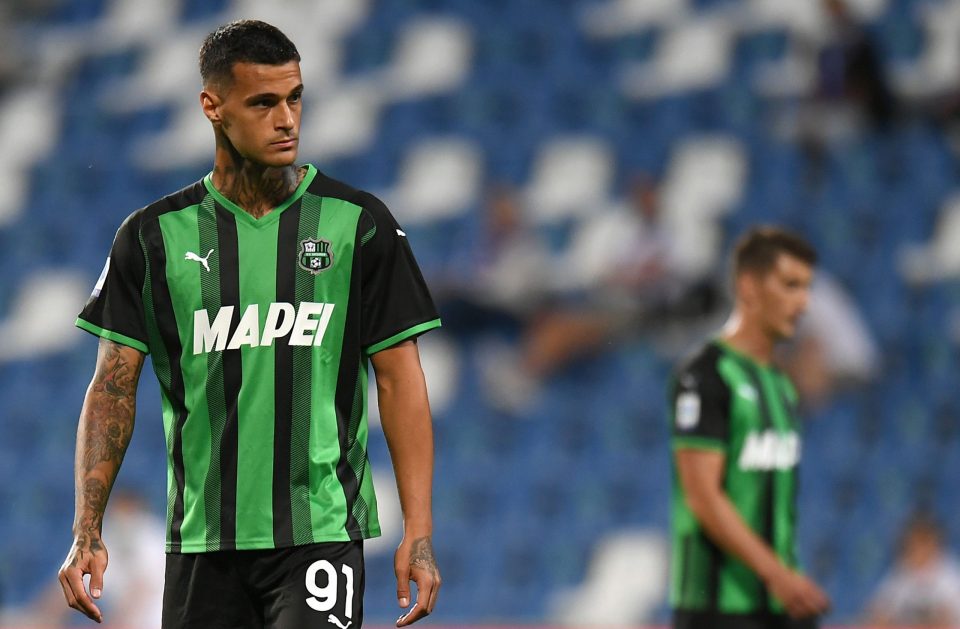 Inter and Juventus could both struggle to sign Sassuolo striker Gianluca Scamacca during the January transfer window given his hefty price tag.

This according to Italian agent Giocondo Martorelli, who spoke to Italian news outlet TuttoMercatoWeb and suggested that the the two Serie A clubs rivalling each other for the young striker will not be able to meet the Neroverdi’s minimum €25-30 million valuation this month.

Scamacca’s form this campaign has made him for a number of top clubs, with the Nerazzurri and the Bianconeri the two teams who look to have the strongest interest in him.

The 22-year-old is likely to be a target for both clubs in the summer, but there is also a possibility that they could decide to get the jump on his signing and move for him with the January transfer window open.

However, Martorelli feels that this is unlikely as Sassuolo will stand firm on their valuation of the player at this point, which will put him out of both clubs’ price range.

“I think it will be difficult to see,” he said of a January departure for Scamacca, “Sassuolo don’t let their players go for cheap.”

“Inter or Juve or any other interested clubs should wait until the summer before they move for a player of his calibre,” he added. “Today, in this market, I don’t see any club in a position to make an investment of €25-30 million.”