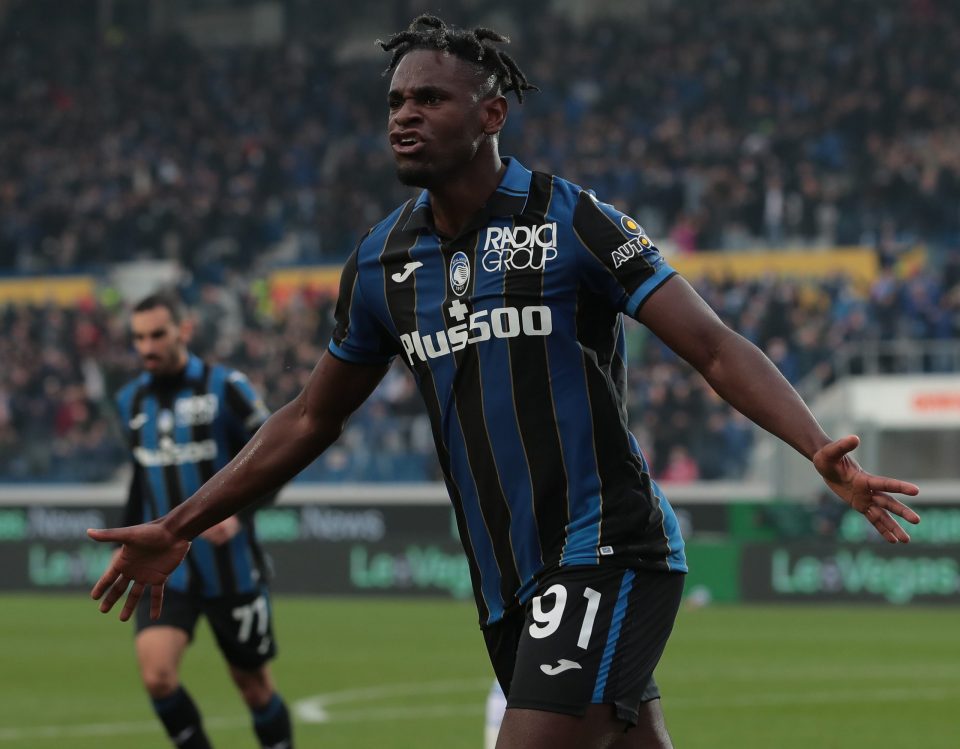 Atalanta are set to be without both Robin Gosens and Duvan Zapata for the match against Inter on Sunday night, according to a report in the Italian media.

As has been reported by L’Interista, Atalanta coach Gianpiero Gasperini remained pessimistic about his chances of having two of his best players back from injury ready to face the champions.

“We will hardly recover Gosens and Zapata. The former will be back next week, the latter is starting to push, but now we have to avoid relapses.”

There is a very outside chance that Duvan Zapata will manage to recover in time but Robin Gosens looks destined to watch the game from the sidelines.

Inter travel to Bergamo to face an in-form Atalanta side in the 20:45 kick off local time on Sunday night. They are the two highest scoring teams in the division but Inter has the far superior defence to call upon.

Simone Inzaghi is also lucky enough to be able to call upon almost his entire Nerazzurri squad as the team is not suffering with many COVID-19 cases or injuries to important players.