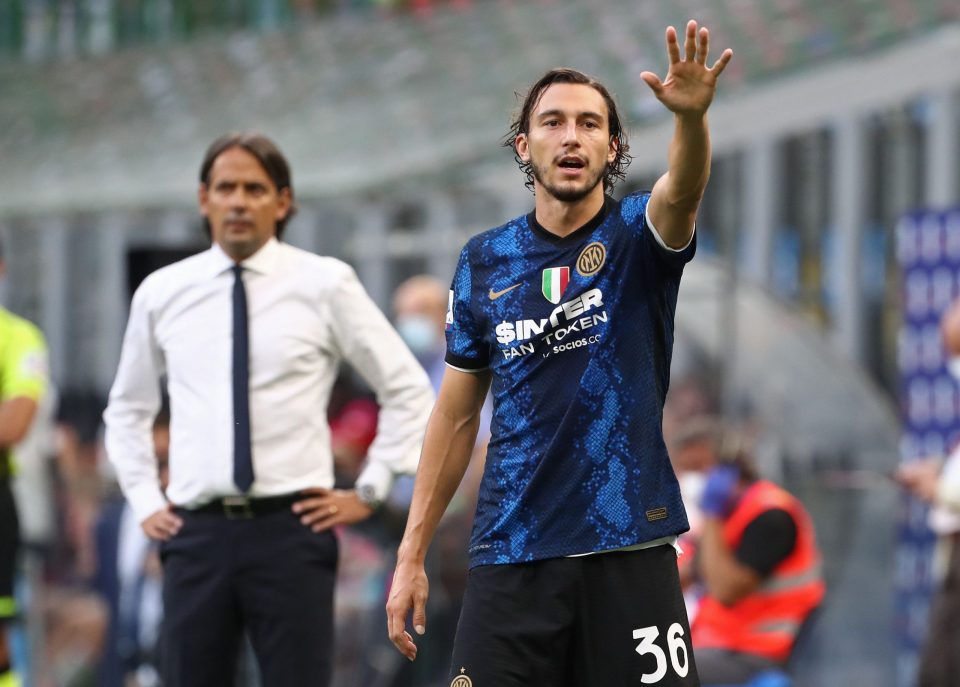 Inter defender Matteo Darmian has spoken about how much joy it brought him and the team to win the Supercoppa Italiana on Wednesday night, according to a report in the Italian broadcast media.

Speaking during a television interview with Sport Mediaset, via FCInternews, Matteo Darmian explained how the team believed right up until the end that they would manage to win the competition.

“It brought us immense joy. A final with Juve is never predictable, but we believed in it until the end, bringing home a trophy that the club had been missing for ten years.”

It was put to the former Manchester United man that Inter may now have opened up a cycle of winning trophies. The Italian chose to reiterate the players’ immense desire to win trophies.

“What we want is to win, when you play for such an important club the goals are high. We want to go far in every competition, today was the first trophy to be won: we are happy with the work we are doing. For society and fans who supported us from the first to the last minute.”

Matteo Darmian also passed comment on the togetherness that the team has right now as they go on the hunt for a second Scudetto in as many years.

“We are a great group, we are all rowing on the same side and we are proving it. This is what it takes to win something important.”

When asked what Inter president Steven Zhang had said to the players after the trophy celebrations, Matteo Darmian said: “He complimented us, it was a speech of compliments.”

Despite the jubilant tone, Matteo Darmian made it clear that all eyes are now on Serie A again.

“We throw ourselves back into the championship, there is a very difficult match against Atalanta but we are going to Bergamo for the three points.”