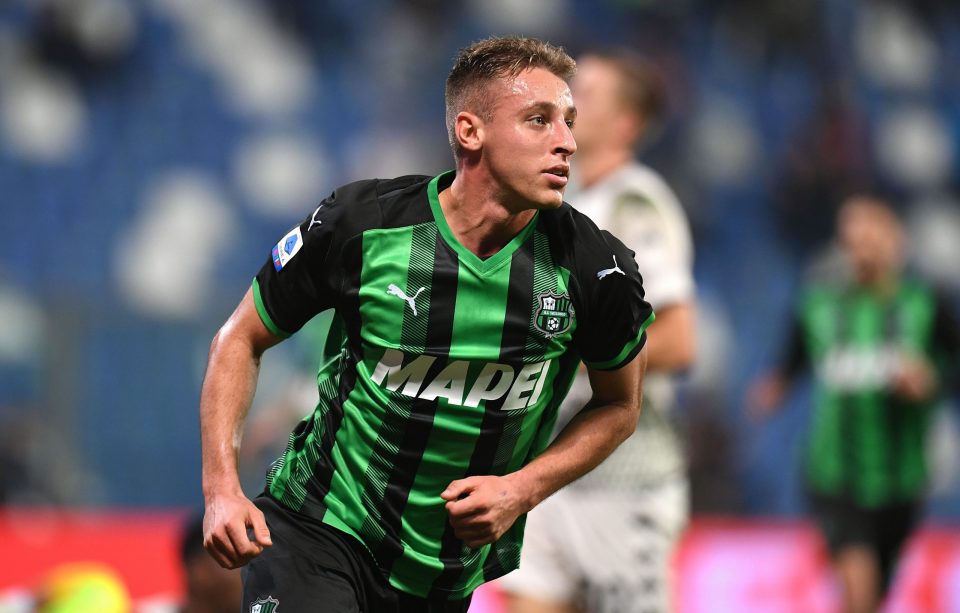 Inter could use young defender Lorenzo Pirola as part of a deal for Sassuolo midfielder Davide Frattesi, according to a report in the Italian media.

As has been reported by Calciomercato, Inter are very serious about bringing the young Italian midfielder to the club in the near future and are willing to use Lorenzo Pirola to make that happen.

He is a player that the Neroverdi admire and Inter values him at around €9 million. Sassuolo value Davide Frattesi at €25 million but that could soon rise to around €30 million if his performances continue to improve during the rest of the season.

The two clubs could strike a deal where the players swap clubs on loan with obligations for the deals to become permanent after a season.

Inter sporting CEO Beppe Marotta and sporting director Piero Ausilio have identified Davide Frattesi as one of many young Italians that they want to add to the squad.