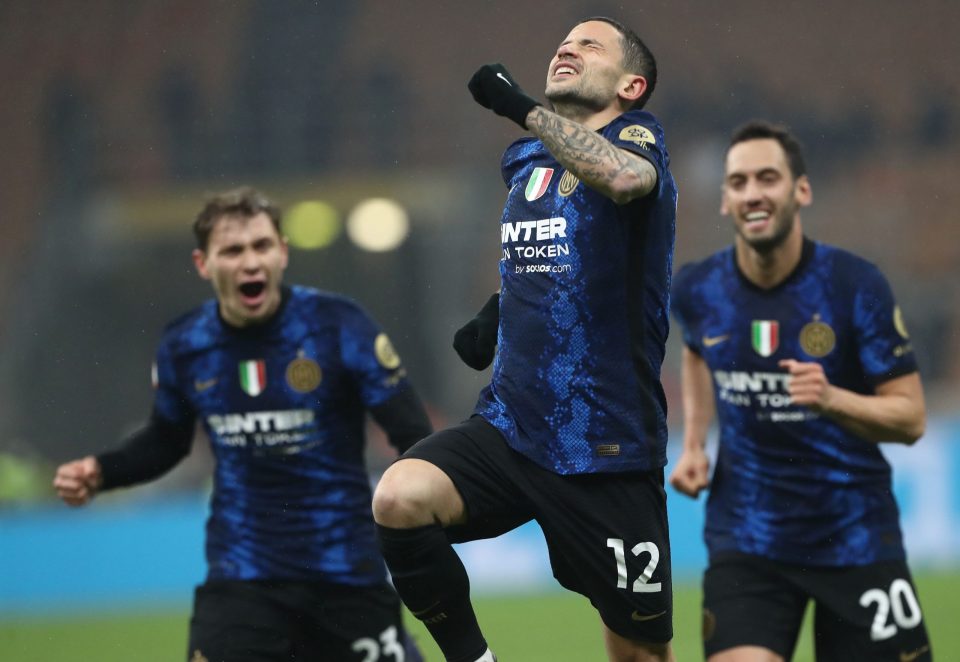 Inter’s Coppa Italia quarter-final clash with Roma will be played on Tuesday, February 8 at 21:00 CET at the San Siro.

This is confirmed in an official announcement by the Lega, as reported by FCInterNews, which also names the dates for the other quarter-final matches in the competition.

Inter needed extra-time to get past Empoli by a scoreline of 3-2 last Wednesday, but a winning goal from Stefano Sensi off the bench was enough to book their place in the quarter-finals of the competition.

Roma, meanwhile, came from a goal down to defeat Lecce 3-1 in their quarter-final clash, and the Giallorossi will be Inter’s quarter-final opponents.

The next day, Milan and Lazio will face off in the quarter-final clash to determine who will face the winner between the Nerazzurri and the Giallorossi in the semi-finals of the competition.

Finally, the quarter-final round will finish on Thursday, February 10 with quarter-final clashes between Atalanta and Fiorentina, and between Sassuolo and Juventus.