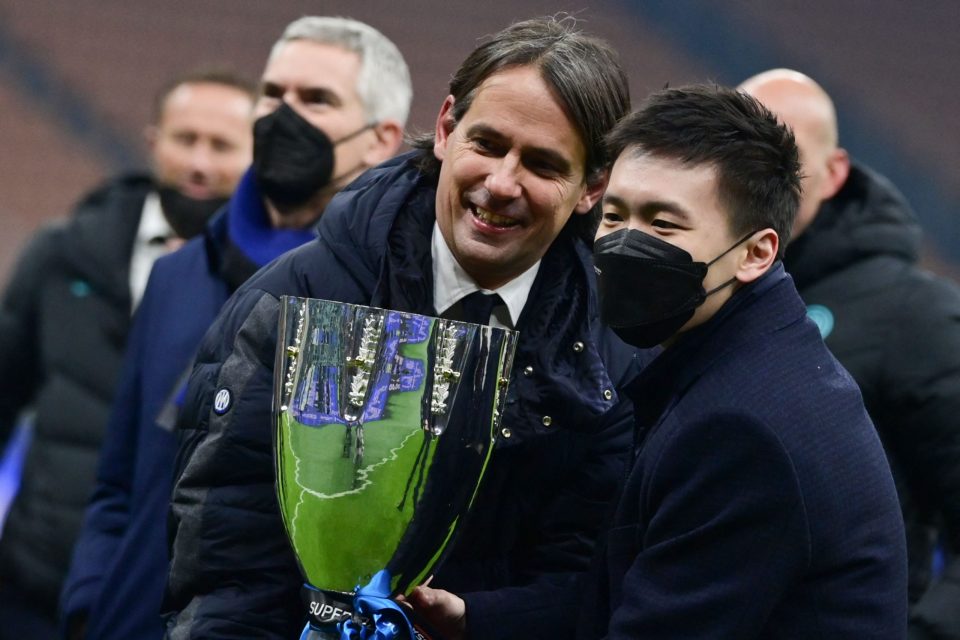 Former Parma and Lazio defender Nestor Sensini has said that Inter are now starting a cycle of dominance in Italy, according to a report in the Italian media.

Speaking during an interview with FanPage, a Neapolitan publication, Nestor Sensini spoke about the quality that Inter now possesses and the state that their traditional closest rivals are currently in.

“I think Inter are starting a cycle, taking the place of Juventus. The difference with their rivals exists, because Juve are not what they were a few years ago and the others seem to be a little behind.

“It should be remembered that Pioli’s Milan are doing well, just like my friend Luciano Spalletti’s Napoli, with whom I often talk and who years ago at Inter asked me about Lautaro Martinez.”

One of those key elements of the Inter squad is Lautaro Martinez who Nestor Sensini feels is one of the strongest strikers in the world right now. He compared him to Carlos Tevez who was at his best for Manchester United, Manchester City, and Juventus.

“Lautaro is one of the strongest strikers in the world. He has the technique and is an excellent finisher. He is a real striker who attacks the space very well and does not look at anyone in the area.

“In some movements he also reminds me of the first Tevez, especially in the shots on the fly. And now he is the right holder of the attack of the national team.”

Sticking with the theme of striker, Nestor Sensini discussed the difficulties of playing against Inter when Ronaldo was at the club. He recalled an anecdote from his time at Parma.

“In his first year at Inter he was unstoppable. To stop him, the work of the entire defence was needed, as happens today with Messi, Neymar and Mbappé. I remember an Inter-Parma match in which he killed three of us, I could only look at him.”

Sadly, he was in the match where Ronaldo had his most serious knee injury that would come to define his career.

“It was at the Olimpico against Lazio. I was behind him, going towards the goal marked by Fernando Couto. I immediately felt the crack of his knee, it was shocking. It was one of the worst things that have ever happened to me on a football field.”