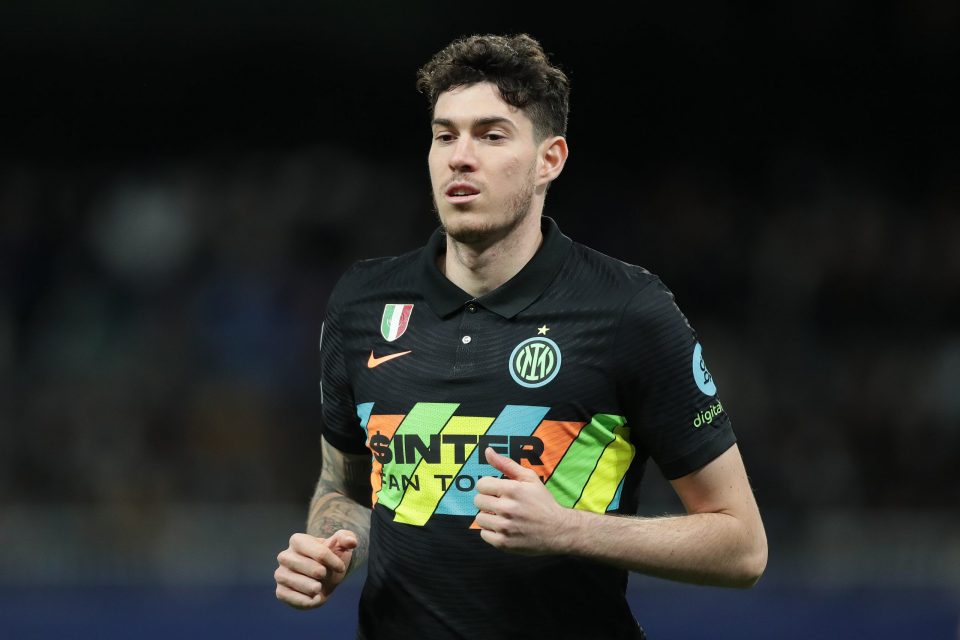 Inter will be watching the progress of Alessandro Bastoni’s recovery from an ankle injury in the hopes that he is ready to return against Liverpool in the Champions League next week.

This according to Italian broadcaster Sky Sport Italia, who report that the Nerazzurri are hoping that the 22-year-old will be back in time for next Wednesday’s massive first leg clash with the Reds in the round of sixteen.

For the moment, Bastoni’s availability for the Liverpool clash is in serious doubt, given that he sustained a sprained ankle during yesterday evening’s Coppa Italia clash with Roma.

However, the defender will be undergoing therapies to recover from the injury over the coming days, and the club will be monitoring his progress in the hopes that a return against Liverpool can’t be ruled out.

Bastoni would have missed Saturday’s Serie A clash with Napoli one way or another due to his suspension, but the Nerazzurri will not want to be without him against the Reds especially as Nicolo Barella is also out of the tie through a suspension.