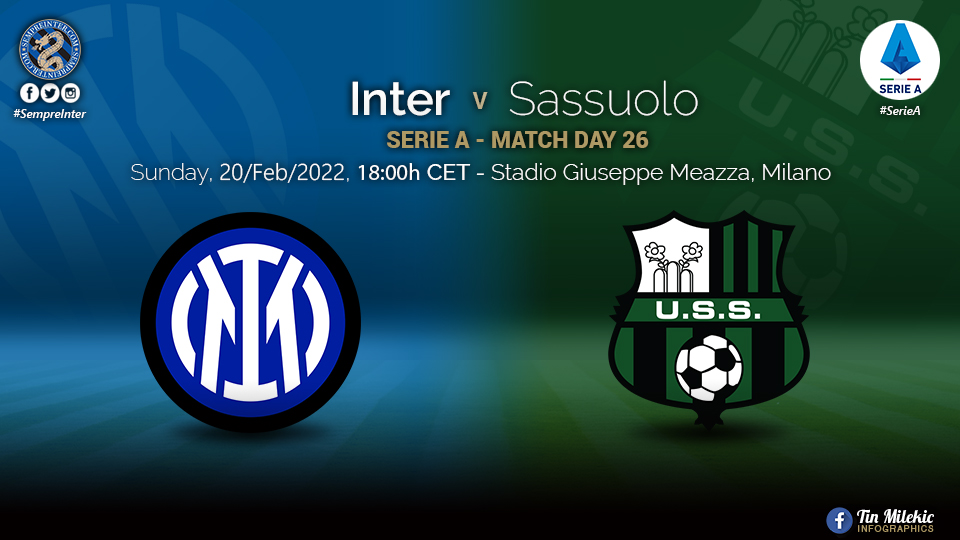 Inter will want to make amends for the midweek loss to Liverpool with a strong win against Sassuolo at the Meazza. Match tomorrow Sunday at 18:00 CET.

Inter’s torrid run of high profile encounters seems to be coming to an end after a very disappointing midweek Champions League loss to Liverpool at home.

The Nerzzurri know that dropping points against ostensibly weaker opposition is no longer an option if they want to regain the top of the table and retain their league title.

Sassuolo’s manager Alessio Dionisi has been one of the season’s standouts. The young manager has his side playing a modern and expansive style of football that’s become synonymous with the Neroverdi ever since their ascension into Italy’s top flight.

With all their attacking talents, particularly the Inter linked duo of Gianluca Scamacca and Giacomo Raspadori, along with longtime Inter fan and tormentor Domenico Berardi, expect the visitors to make this a difficult game for the tired Nerazzurri and almost certainly to score.

But the race for the league title is as tight as ever and Inter cannot afford to drop any points at home. With Marcelo Brozovic and Alessandro Bastoni both suspended, Inzaghi must build up his attacks along different avenues.

Expect the Milan Skriniar and Denzel Dumfries side to be extra productive, and expect Lautaro Martinez to drop much deeper to help Hakan Calhanoglu just outside the opponents’ box.

A win here will Inter wonders in terms of a moral boost. We can only ask they give the match their all.

The biggest news out of Appiano is most certainly the contract renewals of  Beppe Marotta, Piero Ausilio and Dario Baccin.

With the architects of this resurgence locked in place for another three years, players, management and fans will rest assured that this project has all the continuity it needs behind it.

In terms of Squad news, both Marcelo Brozovic and Alessandro Bastoni will be serving one match suspensions while Joaquin Correa and Robin Gosens are still nursing their injuries.

Last 10 Head to Head: Despite Sassuolo’s reputation of being a bogey team for Inter, the Neroverdi’s recent record says otherwise; Inter are unbeaten in the most recent six encounters and have won four of which.

Over the previous ten matches, the gap narrows with five Inter wins to Sassoulo’s trio of victories.

Lautaro Martinez: The young striker is under fire by almost everyone in the Inter universe for his inability to convert chances.

If Lautaro isn’t able to polish his finishing, the striker is at risk of becoming another Paolo Dybala or Eric Lamela; a highly skilled Argentine with heaps of potential and little actual results.

Expect El Toro to be highly motivated to silence the doubters and be in his most clinical form here.

Prediction & scorers: Inter 3 – 1 With a Lautaro brace and a Dzeko seal the deal goal.

Concluding remarks: There can almost be no doubt that Sassoulo will score, however, expect Inter to really outclass the visitors, if just based on the recent quality of their opponents.

Alexis Sanchez Says Goodbye To Inter: “End Of A Cycle, Thanks Inter”

Alexis Sanchez has given his goodbye mention to Inter fans now that he is confirmed to be on his way with Marseille the destination.Writing in… 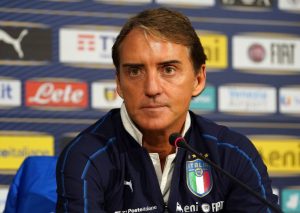 Italy Coach Roberto Mancini: “Inter, AC Milan & Juventus Ahead Of The Pack In Serie A, Romelu Lukaku Can Make The Difference”

Italian national team and former Inter and Manchester City coach Roberto Mancini believes that Inter, AC Milan, and Juventus are the trio of teams who…

Italian journalist Fabrizio Biasin believes that while the situation with main shirt sponsor DigitalBits is a serious problem for Inter, it will not affect how…