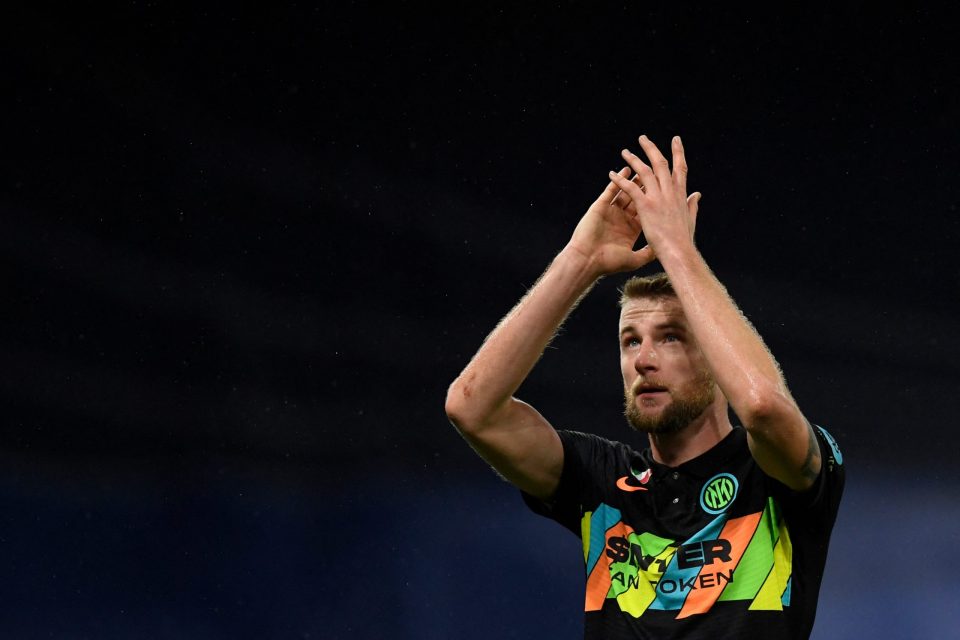 Inter defender Milan Skriniar feels that he and his teammates did themselves justice with their performance to win against Liverpool in the Champions League even if it wasn’t enough to go to the quarter-finals.

Speaking to Italian broadcaster SportMediaset after the match, the Slovak defender expressed satisfaction with the performance even though he was disappointed with the result.

Skriniar was a stalwart at the back to keep Liverpool from getting on the scoresheet at Anfield, whilst a well-taken long-range effort by Lautaro Martinez handed the Reds their first home defeat in a year.

However, given that the Nerazzurri had lost 2-0 in the first leg, this scoreline was not enough to see them through on aggregate.

On the balance of play, Inter can have few complaints about going out, but at the same time, would not have felt that going through was undeserved, and given the level of competition, Skriniar feels proud of how they played over the two legs.

“Of we’re sorry because we went out, but we went out with our heads held high,” he said. “We showed character, we believed that we could do it, and even moreso after the goal.”

“Then came the sending off, and playing with ten players against Liverpool is difficult,” he continued.

Of Alexis Sanchez’s red card, the defender said that “I was far away from it. But he was sure, he gave a second yellow card when he saw the foul so it’s correct.”

“I hope Stefan de Vrij and Marcelo Brozovic’s problems are nothing serious,” he said of his teammates who came off injured, “because they are very important for us.”

“We have the league and the Coppa Italia and we must put in maximum effort,” he went on. “These kinds of performances help us to grow in the league and in the Champions League.”