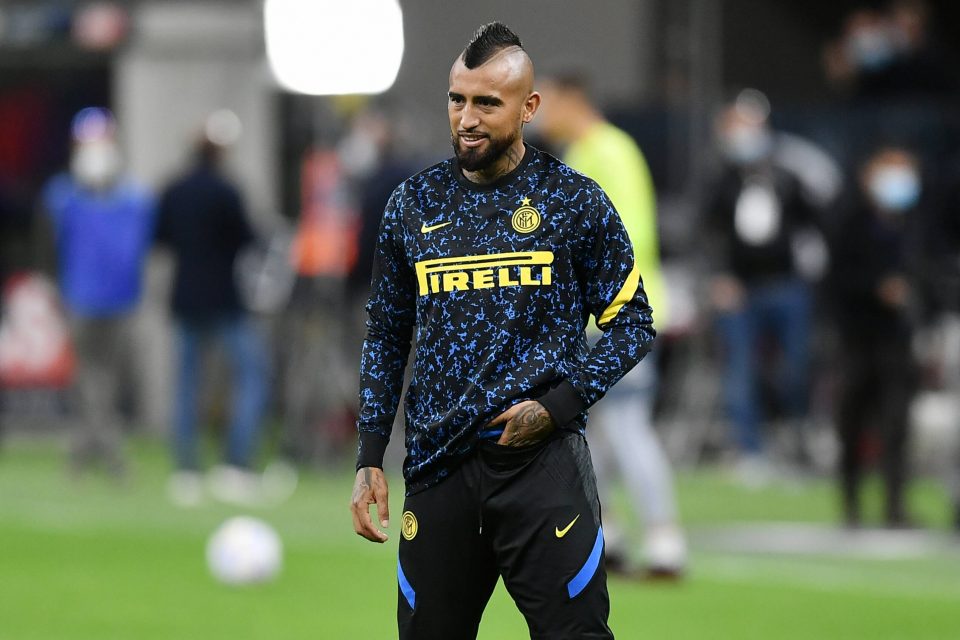 Inter are planning to fine midfielder Arturo Vidal over comments that he made yesterday to Chilean media about having ambitions to join Flamengo.

This according to Italian broadcaster Sky Sport Italia, who report that the Nerazzurri are not happy with the 34-year-old over the remarks.

Vidal spoke about his admiration of Flamengo in an interview with TNT Sports, and he made no secret of the fact that he would appreciate the possibility of joining the Brazilian giants, possibly as early as this summer.

However, the Nerazzurri see these remarks as inappropriate for the player given that he remains under contract at Inter, and could fuel transfer speculation by discussing the topic.

Accordingly, the club will fine the midfielder, who is already looking to be on the way out next summer, and will likely only be pushed further out the door as a result of this incident had he not been already.