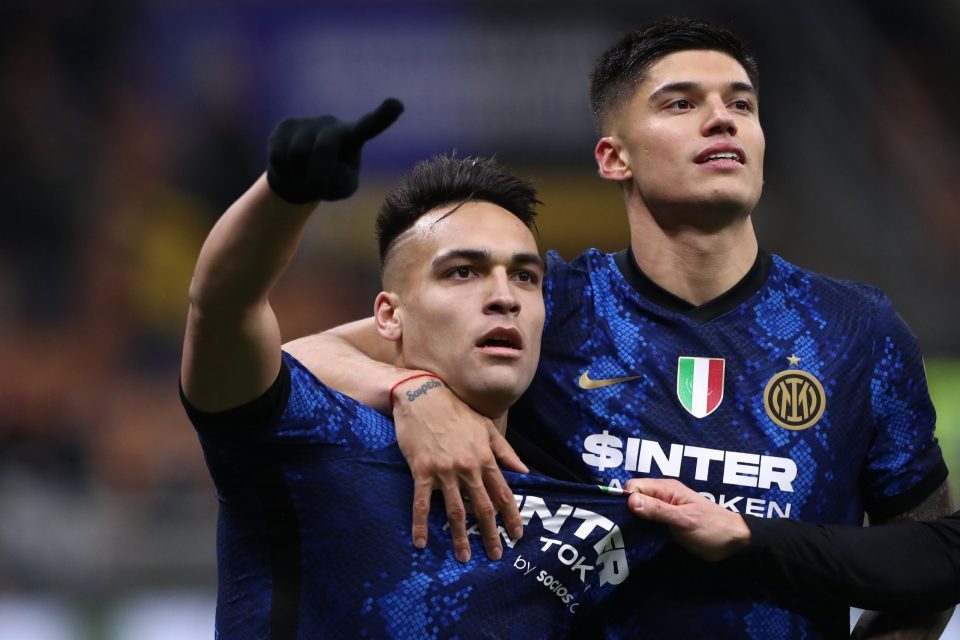 Inter have a long tradition of Argentine players in their team, and this is kept alive by the likes of Lautaro Martinez in the current squad.

When the team held a barbecue for the entire squad yesterday, the Argentine duo were unsurprisingly two of the players most keen to be involved, given the popularity of asado cuisine in the country.

Italian journalist Fabrizio Biasin shared a picture of the duo with their countryman, legendary former captain and current Vice-President Javier Zanetti on his Twitter account.

He captioned the post, “There’s a lot of Argentine in this photo.”