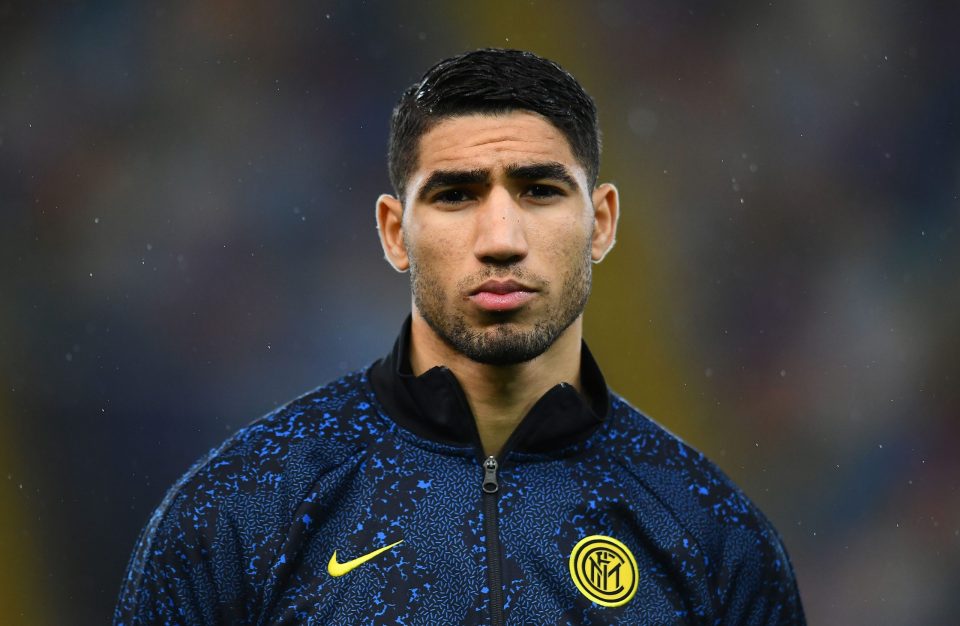 Paris Saint-Germain wingback Achraf Hakimi feels that working under former coach Antonio Conte had a big impact on the defensive side of his game.

Speaking at The AIC Gran Gala Del Calcio to accept his award for inclusion in the Top XI for the season, as reported by FCInterNews, the Moroccan spoke highly of the former coach with whom he won the Scudetto.

Hakimi spent just a single season at Inter, arriving from Real Madrid after having impressed during his two campaigns on loan in the Bundesliga at Borussia Dortmund.

The wingback had looked like a major attacking threat during his time with then German club, though questions remained about his defensive capabilities.

Hakimi continued to look decisive going forward for Inter, with his contributions vital to last season’s Scudetto crown, but just as importantly he also played a significant role at the other end of the pitch.

“I’m very happy to have won this award and above all t have won the Italian championship,” he said. “I’m proud of the award and for the people who voted for me.”

He went on that “With Conte I learned a lot, especially in the defensive phase. I already knew that I could do well in attack.”