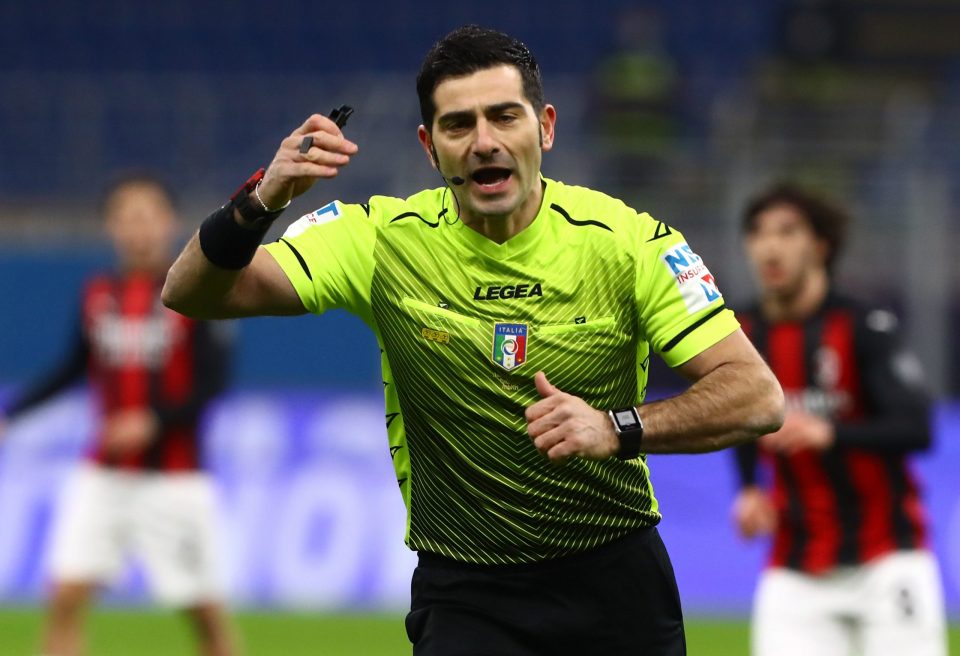 Inter are concerned about Fabio Maresca being the referee of their game against Spezia given the official is originally from Napoli, according to a report in the Italian print media today.

As has been reported by Corriere dello Sport, there is a lot of general dissatisfaction in Serie A around the quality of referees and also the designation from the FIGC as to who will referee what match this weekend.

Fabio Maresca has been chosen as the referee for Inter’s trip to Spezia on Friday evening but the Nerazzurri are not happy because he is from Napoli and the Azzurri are of course standing to benefit from any poor result Inter may have against Spezia.

The newspaper has also criticised the appointment of Marco Di Bello for the Napoli-Roma match given he has supposedly made poor decisions in Napoli games recently.

Daniele Chiffi will be refereeing AC Milan’s match at home to Genoa.