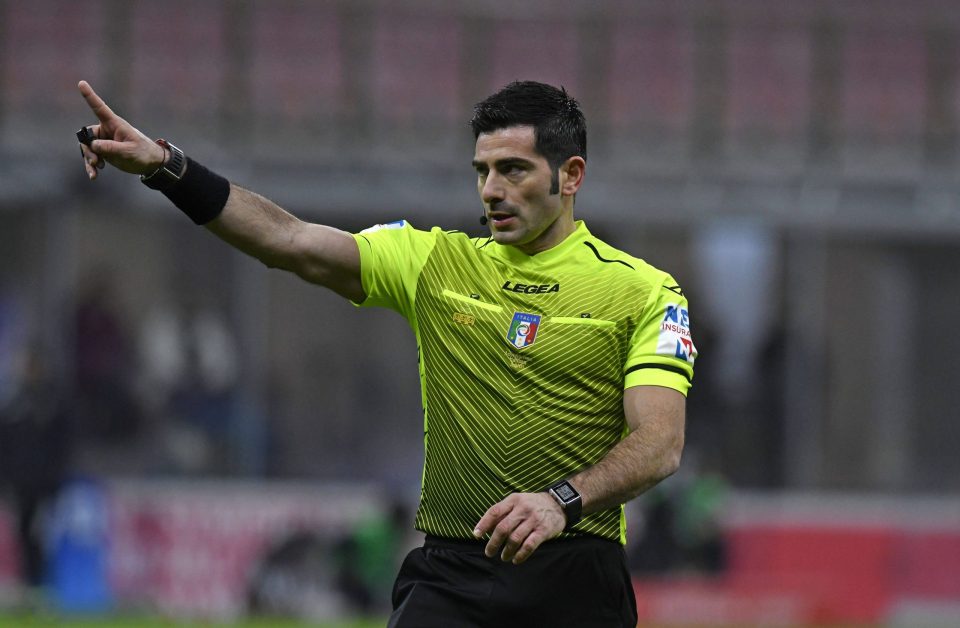 Referee Fabio Maresca got all the major decisions correct in  Inter’s 3-1 Serie A win away to Spezia yesterday evening.

This according to today’s print edition of Rome-based newspaper Corriere dello Sport, who commend the official for his display and argue that in all the key incidents he got it right, though Spezia captain Giulio Maggiore should have been booked.

Maresca’s first major incident was on Inter’s opener, where he had to confer with the VAR to confirm that Danilo D’Ambrosio was not offside in the buildup.

Between the match official on the pitch and the officials in the VAR booth, they got it right as they correctly noted that the Nerazzurri defender was being played onside by Dimitrios Nikolaou.

The Corriere argue that Maggiore should have also gone into the book for his late challenge of Joaquin Correa, but this was the closest thing to a significant error for them.

Lastly, Maresca also did well to play advantage in the buildup to Inter’s third goal to seal the 3-1 victory, rather than blowing for a foul immediately.