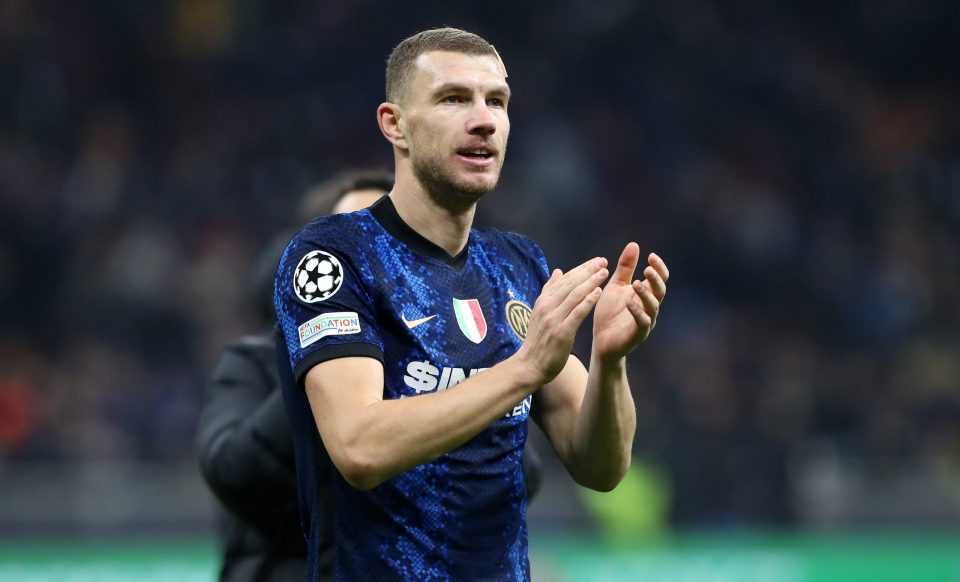 Inter have officially had a clause in the signing of Edin Dzeko from Roma triggered which sees them owe the Giallorossi €1.5 million now that they have secured Champions League qualification next season.

This according to today’s print edition of Rome-based newspaper Corriere dello Sport, who report that the Nerrazzurri now owe the Giallorossi the amount now that it is mathematically certain they will finish in the top four in Serie A.

Inter did not pay Roma a transfer fee when they signed Dzeko during last summer’s transfer window, but the deal did include an add-on worth €1.5 million to be paid if they qualify for Europe’s top competition for next season.

It has looked all but certain for some time that Inter would qualify for the Champions League barring a truly unprecedented collapse in form, but it had yet to be mathematically confirmed.

In a twist of fate, it was by beating the Giallorossi over the weekend that the Nerazzurri officially sealed qualification for the Champions League, thereby owing their opponents for the match a small windfall.