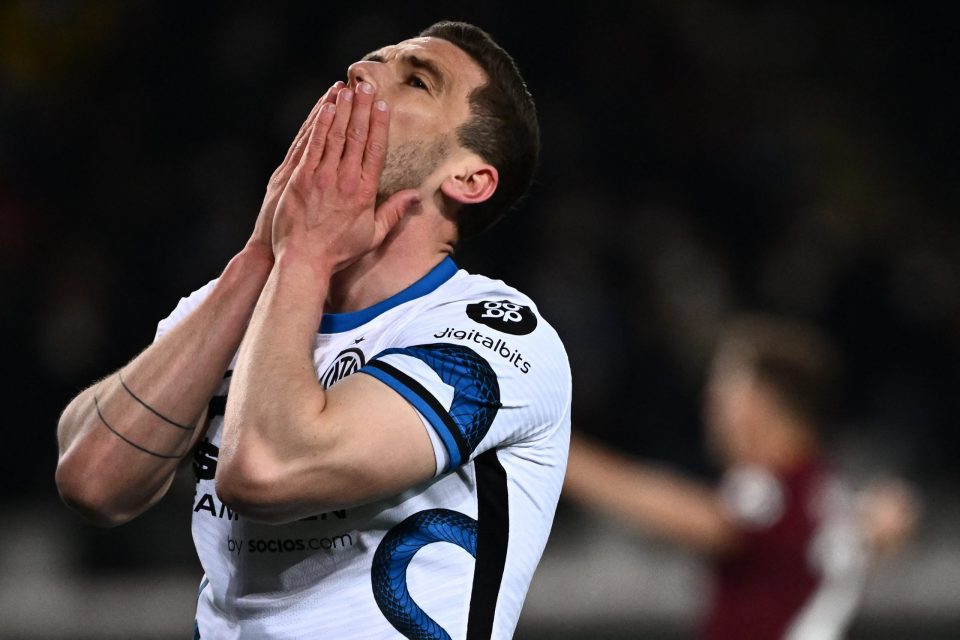 Inter wingback Robin Gosens is not likely to be in the starting eleven for Wednesday’s Serie A clash after the German picked up some muscular fatigue in training.

This according to Italian journalist Matteo Barzaghi, who reports that the 27-year-old is suffering from fatigue to his adductor muscle, and so Ivan Perisic is likely to start on the left against the Rossoblu.

Gosens had been reportedly close to making his first start for the Nerazzurri against Bologna, with Perisic set to be given a rest against the Rossoblu with the fixtures starting to pile up.

However, according to Barzaghi, the German’s physical condition looks likely to rule him out from starting, although it remains to be seen if he could be fit to make the bench.

Meanwhile, Barzaghi also reports that midfielder Arturo Vidal trained individually today, with the Chilean having picked up an ankle sprain in the Nerazzurri’s Coppa Italia clash with AC Milan.