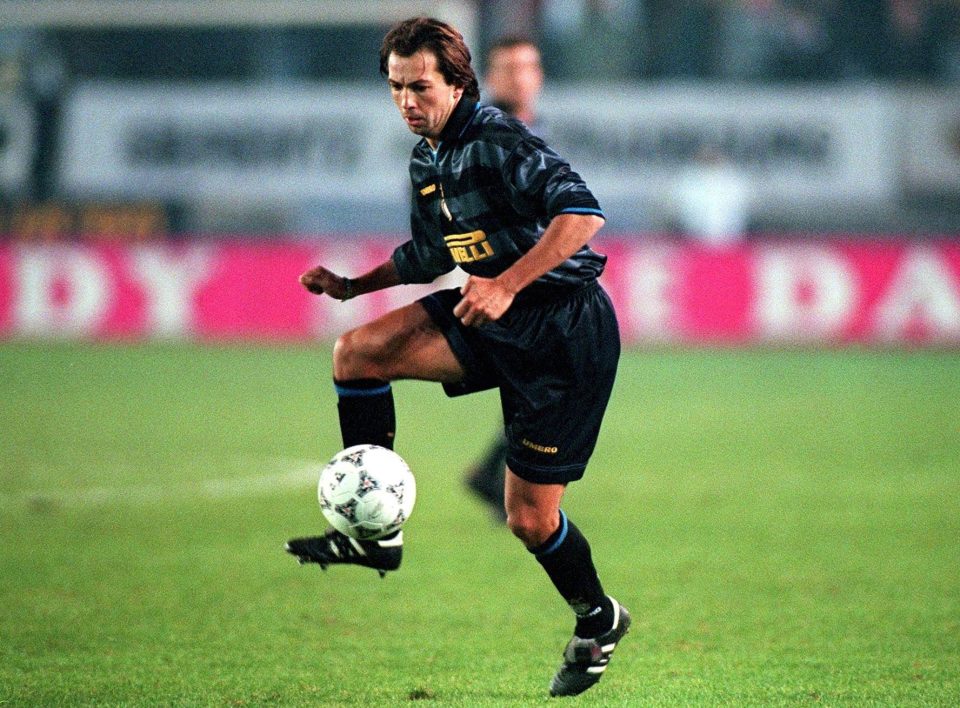 Former Inter midfielder Benoit Cauet has said that Simone Inzaghi is one of the best coaches of his generation, according to a report in the Italian media.

Speaking during an interview with FCInter1908, Benoit Cauet did not hold back in his praise of the Inter coach by saying he is among the best of the current crop of managers at that age.

“Like all those who take over from someone like Conte, he had to face a big challenge, especially because it’s never easy to take over a machine that’s going strong. It has to be said that the main architects of last year’s Scudetto are gone.

“For these reasons, I give a very high grade to Inzaghi: until January he was almost perfect, then there was a complicated moment, with a physical and mental decline. The team recovered, the match in Bologna could have been the turning point.

“Unfortunately it didn’t. He’s already won a trophy, he’s fighting until the end for the Scudetto and he’s in the final of the Coppa Italia, I think the directors can be happy with him. He had already done well at Lazio. Therefore, I think he’s one of the best coaches of his generation.”

One player that Inter are very heavily linked with is Atletico Madrid midfielder Rodrigo De Paul. Benoit Cauet feels that he has all of the necessary qualities to succeed at Inter of the Nerazzurri choose to sign him this summer.

“He did very well in Udine. This year he didn’t find too much space, even if the players in the first year with Simeone often struggle, only to improve in the second season. I’d love to, of course, because he’s a good guy, determined. However, he has all the qualities to be able to do well at Inter.”

Another player that Inter are linked with that the former midfielder feels will be a good addition to the squad is Juventus forward Paulo Dybala.

“I think that, if he had been at his best physically, Juventus would never have let him go. In Serie A there are few players capable of beating the man and he is one of them.

“He often enlightened the Juventus game, he can make the difference with the ball between his feet. I’ve always liked him, he can give something more. I love it.”

On Inter’s Scudetto chances, he only went as far as to say that Inter can just win their games and see what happens.

“We can hope for overtaking, Inter is able to do it. The Nerazzurri don’t have everything in hand, the only thing you can do is win the last few games.”