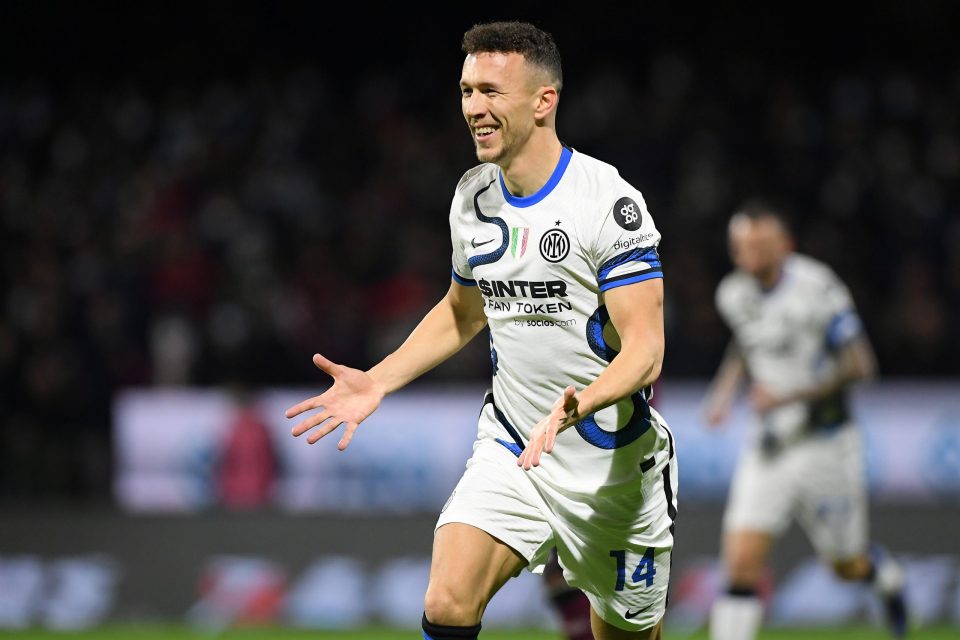 Inter wingback Ivan Perisic is glad to have helped the team to a 4-2 triumph in the Coppa Italia final over Juventus with two decisive extra time goals.

Speaking to Italian broadcaster SportMediaset after the match, the 33-year-old expressed his pride in the result, and also spoke about his contract situation.

As was the case in the Supercoppa Italiana in January, Inter needed extra time to get the better of the Bianconeri this evening.

Unlike then, however, they didn’t need to leave it until the very end, as Perisic scored twice in the first half of extra time to seal it, once from the spot and once a screamer from range.

“We tried to put our heads back up and we lost the plot for ten or fifteen minutes, but I think in the end the victory is deserved,” he said.

The Croat said that “When the team is strong it’s easier to be a leader, when you win you’re not tired.”

He also pointed out the significance of the remaining league fixtures, stating that “There are still two finals to go, we have to give everything and then wait and see because everything is possible in football. We still believe.”

Asked about whether he plans to extend his contract, Perisic said that “At the moment I can’t talk about it.”

About the fact that CEO Beppe Marotta has already acknowledged that an agreement could be close, he mused that “You don’t wait until the last moment with top players. That’s certainly also true.”