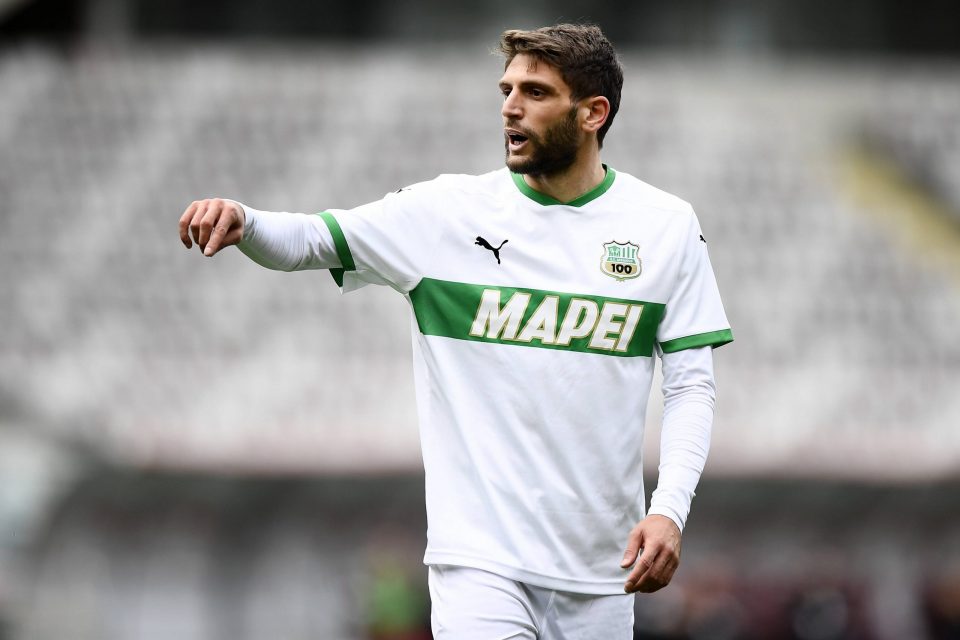 Sassuolo winger Domenico Berardi is known to be an Inter fan but he could be playing for AC Milan next season instead, according to a report in the Italian print media today.

As has been reported by Tuttosport today, Inter are relying on Domenico Berardi to help them win the Serie A title this season. His Sassuolo side need to beat AC Milan at the Mapei Stadium on Sunday as if they do, an Inter win against Sassuolo will result in a second Scudetto in two seasons.

Domenico Berardi has been linked with a move to a big team throughout his career and as he is now 29, this could be his last chance.

Despite being an Inter fan, he could be heading to the Rossoneri in the summer to form part of Stefano Pioli’s attack.

Inter ar in the picture and AC Milan may move for Torino’s Josip Brekalo instead of the Italian.