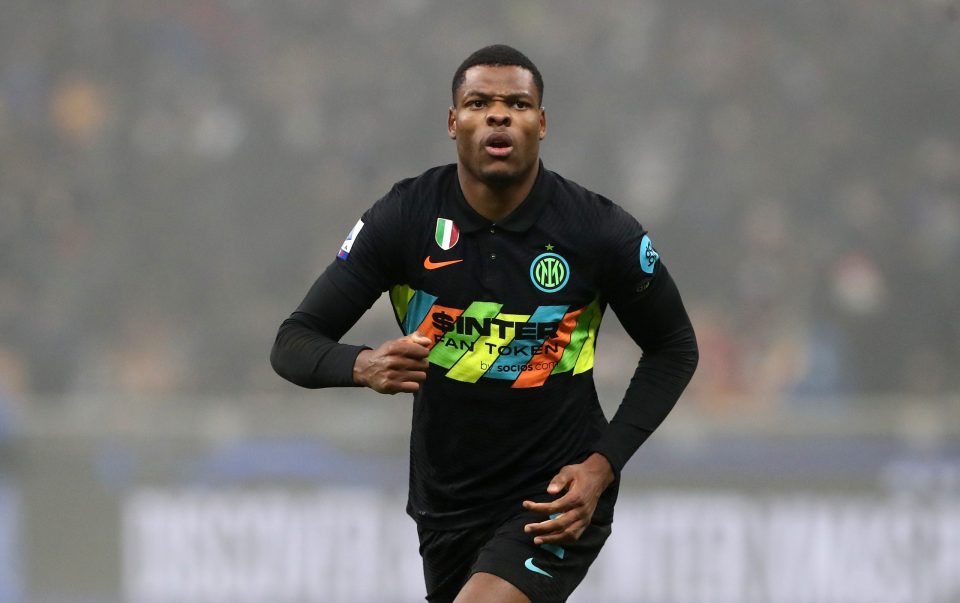 Premier League side Manchester United have become the latest team to be linked with a move for Inter wingback Denzel Dumfries, according to a report in the Italian media.

As has been reported by FCInternews, Manchester United have joined Bayern Munich and Atletico Madrid in monitoring the progress of Dutch wingback Denzel Dumfries.

It is reported that the English side are much more serious than the Spanish and Germans about making a bid for the player that Inter paid €12 million for as well as €3 million in bonuses.

He joined from PSV Eindhoven at the end of the summer transfer window and despite a slow start, has become a very important player.

Inter would listen to offers that are way in excess of what they paid but they may not want to lose a player who clearly has a lot of scope for improvement. The accounts will of course dictate the Nerazzurri’s moves.