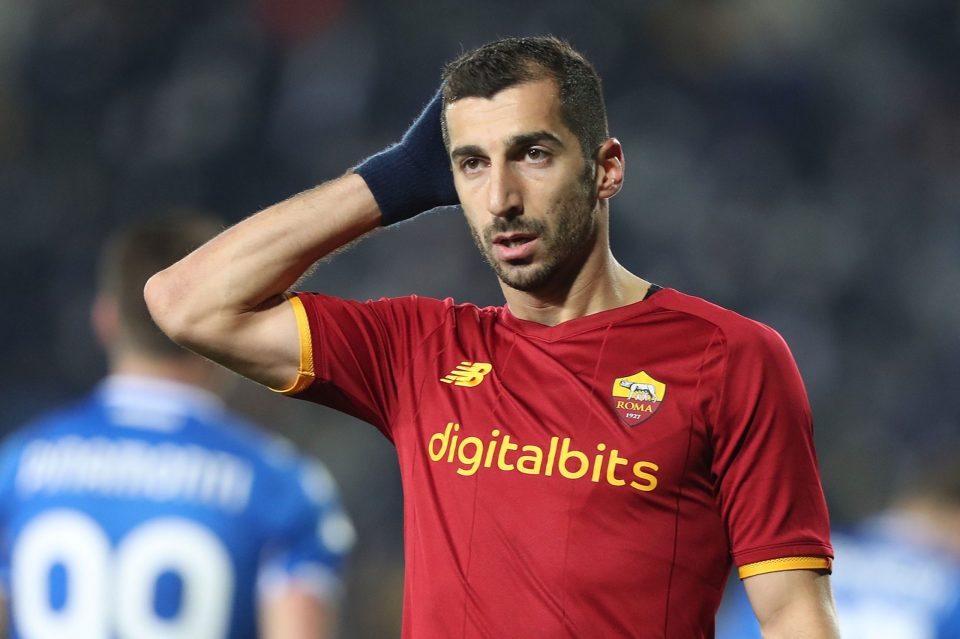 Inter could complete the signing of Roma midfielder Henrikh Mkhitaryan on a free transfer not long after the Giallorossi’s Europe Conference League final against Feyenoord during the week.

This according to today’s print edition of Turin-based newspaper Tuttosport, who report that the Nerazzurri have clearly identified the 33-year-old as a target and are wasting no time in moving to try and bring him in on a free transfer for next season.

Mkhitaryan has at least one more match as a Roma player, with the Giallorossi set to face Feyenoord in the Europa Conference League final on Wednesday to try and bring in the first piece of silverware of the Jose Mourinho.

After this, however, the Armenian could well be on his way, having not yet agreed a contract extension with the capital club on a deal that expires at the end of next month.

The Nerazzurri are moving fast to try and take advantage of Mkhitaryan’s situation and his signing could be announced not long after he faces Feyenoord on Wednesday.