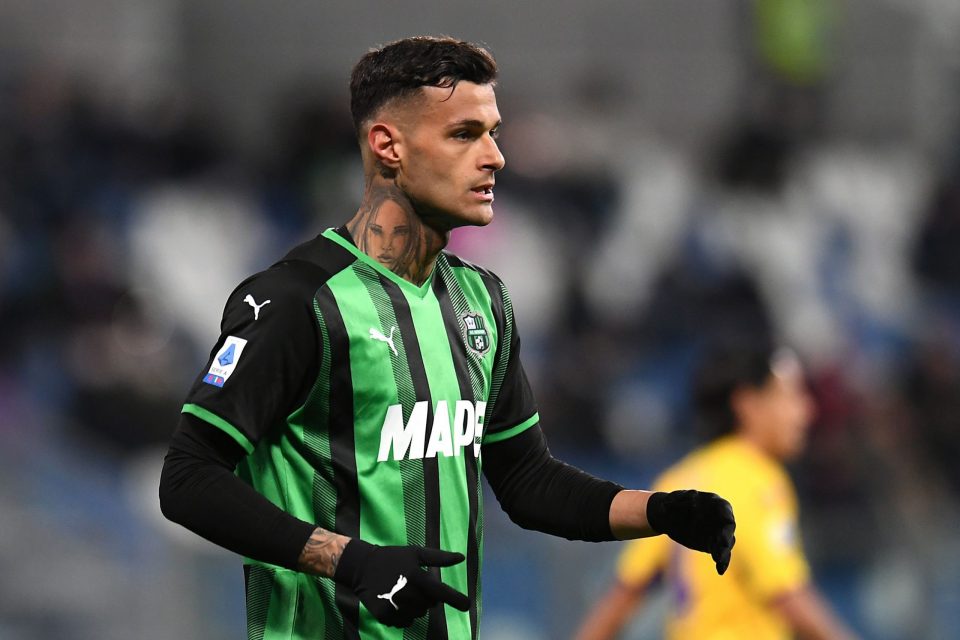 AC Milan have been linked with moves for Inter targets Gianluca Scamacca and Marko Arnautovic after it was confirmed Zlatan Ibrahimovic will undergo surgery, according to a report in the Italian media.

As has been reported by La Gazzetta dello Sport today, the newly crowned Serie A champions are on the lookout for at least one new striker after it was confirmed that Zlatan Ibrahimovic will have knee surgery and be out for seven or eight months.

Two of the players that the Rossoneri are looking at are Sassuolo forward Gianluca Scamacca and Bologna striker Marko Arnautovic who has had a very good season at the Stadio Renato Dall’Ara.

Inter have been chasing the Sassuolo striker for a long time although the finances in the deal make it tricky for the Nerazzurri.

As for Marko Aranutovic, he has appeared as a cheap depth option for Inter in the past week or so.