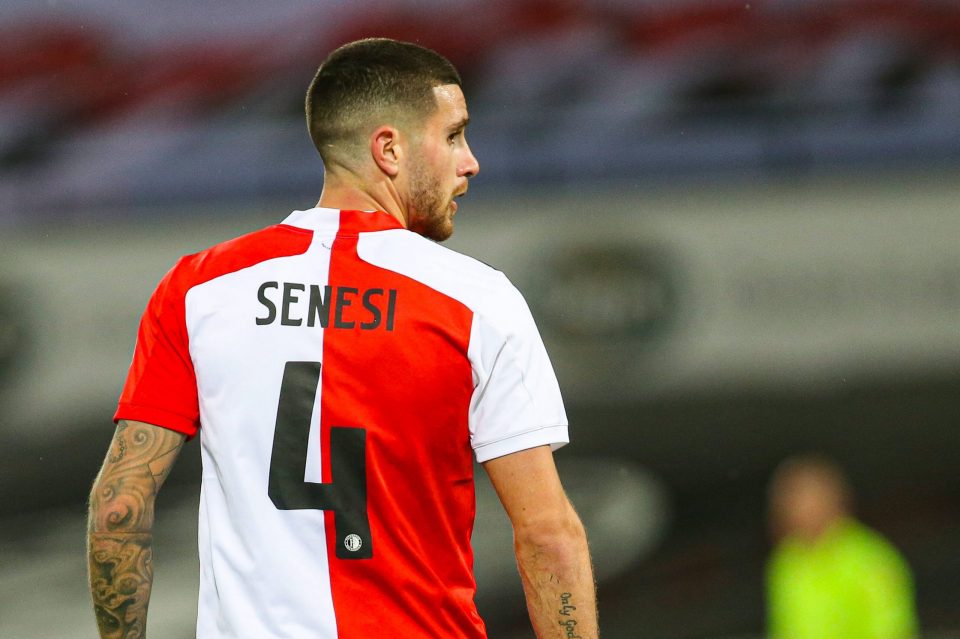 Feyenoord defender Marcos Senesi has been linked with a move to Inter in the event that Alessandro Bastoni is sold this summer, according to a report in the Italian print media today.

As has been reported by the print edition of Tuttosport, Inter CEO Beppe Marotta has a host of players in mind to replace any of his key stars that might be sold this summer.

One of those who could be sold is Alessandro Bastoni and whilst Torino’s Gleison Bremer is Inter’s first port of call, Marcos Senesi is another credible option.

The Argentine would be cheaper than Gleison Bremer and he is also left-footed, keeping the balance of the defence.

Marcos Senesi has been heavily linked with AS Roma as well and he faced the Giallorossi in the UEFA Conference League final on Wednesday night which was won by the Italian side 1-0.

At 25-years-old, Marcos Senesi is entering his prime.