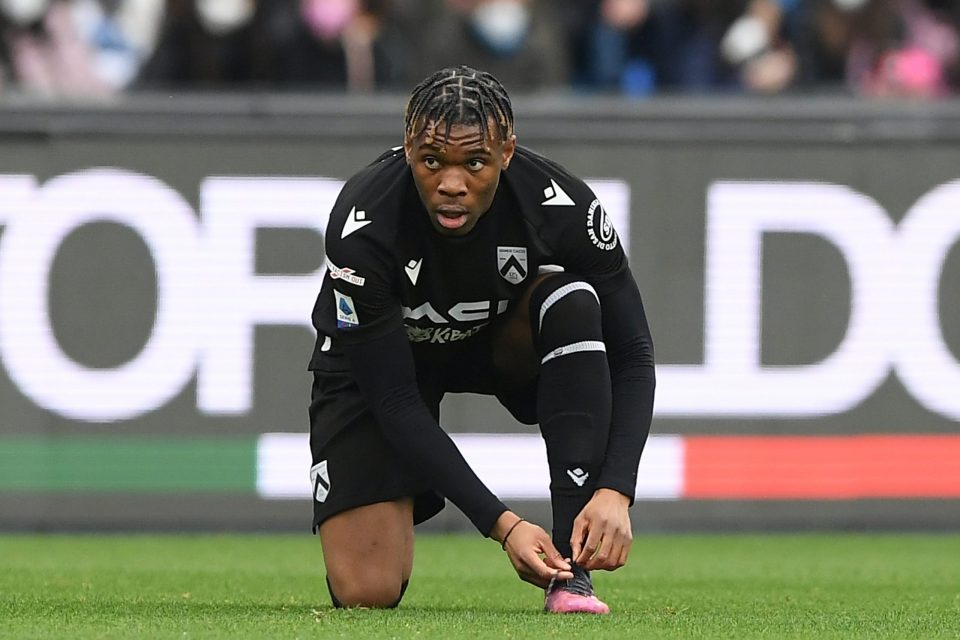 The agent of Inter-linked wingback Destiny Udogie feels that right now a departure from Udinese during the summer transfer window is far from a foregone conclusion.

Speaking to Italian broadcaster Radio Marte, Udogie’s agent Stefano Antonelli explained that while there is already significant transfer interest in the 19-year-old, he doesn’t expect that the Bianconeri will easily agree to a sale.

Udogie has been one of Udinese’s standout players over the season just gone, including scoring a sensational long-range goal in their 4-0 rout of Salernitana on the final day of the season.

The wingback’s form has attracted the transfer interest of a number of clubs in and out of Italy, including top clubs in Serie A such as Juventus, AC Milan, and Inter who see him as an ideal replacement for Ivan Perisic on the left following the Croat’s departure for Tottenham Hotspur.

Antonelli described Udogie as “The player of the moment. Udinese aren’t one of those clubs that need to sell when the player is not at peak value though.”

“The transfer window has already begun,” he added, “for talents like Udogie there’s already a lot of talk, but at any rate he’s currently at a club who don’t need to sell him.”