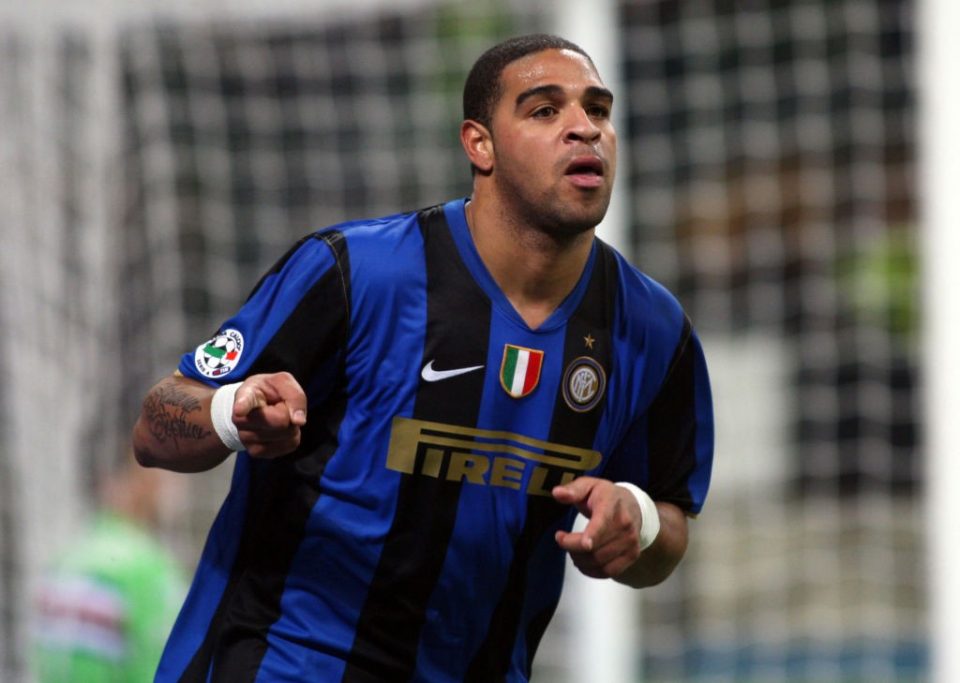 Former Inter striker Adriano has said that the Derby della Madonnina is similar to the rivalry between Brazil and Argentina, according to a report in the Italian broadcast media.

Speaking during an episode of Careers which is made by Inter TV and DAZN, via FCInternews, the Brazilian former forward was asked about the times when had played for Inter against AC Milan.

“How can I describe it? It’s like Argentina versus Brazil. It’s a huge responsibility, there’s everything in that match, so many emotions all at once.

“I even feel like crying thinking about it, it’s a huge emotion. When I went back to the stadium for the derby a whole film went through my head, it was strange but very emotional.”

He did find the net against the Rossoneri during his time at Inter and he says that there is no way to explain how it feels when you do that at the San Siro.

“There’s no way to explain it. It’s difficult to explain how you live this match, anyone who has played the derby knows, before the match we are all concentrated and excited to do well, but when you say derby it’s beautiful but also an immense responsibility.”

Adriano has often been compared to Ronaldo because they are both Brazilian and had a similar build and style of play. Ronaldo made more of his career in the end though. Adriano thinks that there is no comparison.

“He used to take me to the Pinetina because I lived at his house for a while and I remember him always telling me that if I wanted to go far I had to fight and always think ahead to help my family. He was like an older brother to me.”

One of Adriano’s closest friends at Inter was Marco Materazzi and he opened up on his relationship with the former Inter and Italy defender.

“When I was well it was difficult to catch me. Materazzi, when I didn’t play at my best and then had a great game always said ‘the Emperor is back’.

“The important thing for me is that when I was on the pitch I always did everything for my team. When I went through difficult times Inter was always there for me and having friends who saw me not only as a player but also as a brother was very important and I thank everyone.

“I have to thank the fans who have always had great affection for me, you gave me this name, ‘Emperor’, and even today I struggle to realise it was for me. Every time I come to Italy I feel they love me and it’s a great satisfaction, this will always be my second home.”