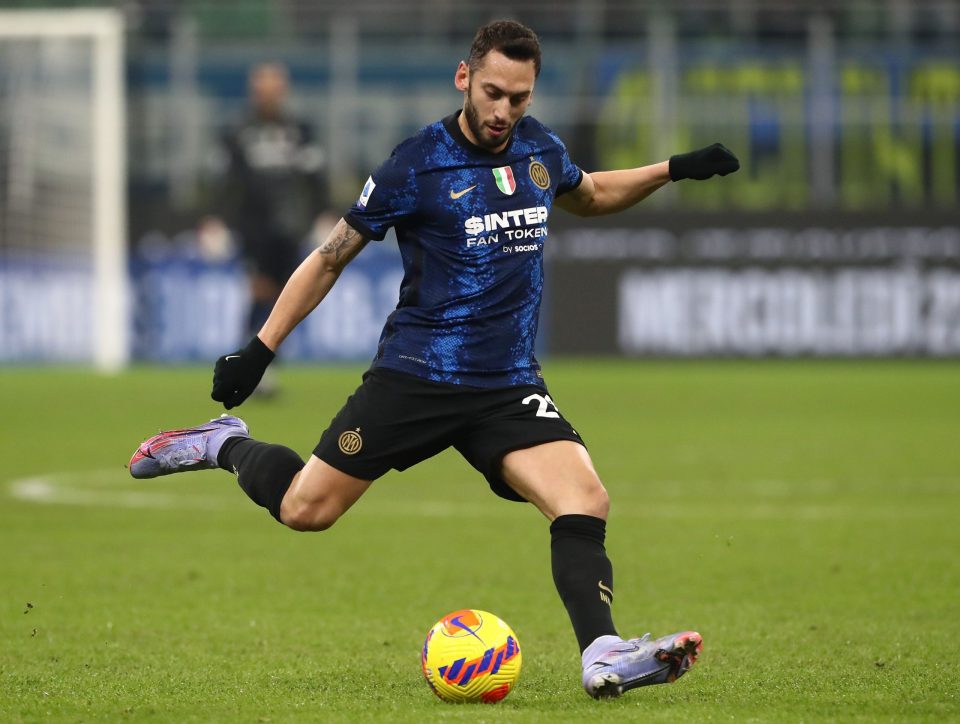 Former Inter striker Roberto Baggio has praised Turkish midfielder Hakan Calhanoglu who currently plays for the club, according to a report in the Turkish Broadcast media.

Speaking on the sidelines of the inauguration ceremony of the ITA Airways flight to Buenos Aires, Roberto Baggio was asked about the Turkish national team by Turkish TV TRT Spor, via FCInternews.

The former Italy international explained that he does watch some of the Turkish national team’s matches and he picked out current Inter midfielder Hakan Calhanolgu for praise, saying he has good technique.

“I watch the national team matches every now and then. Calhanoglu, who plays for Inter, is very good and has good technique.”

He also had praise for Atalanta defender Merih Demiral who has had a good season with La Dea.

“Demiral is also strong and can become even stronger in the future. He is a staple at Atalanta, it was an advantage for him to have the chance to play. He is a young, dynamic, ambitious and hard-working player.”

Hakan Calhanoglu is regarded as one of the most technically gifted players in Serie A as he is an excellent passer of the ball, free-kick taker and corner taker.

He has had a good first season with Inter since moving from AC Milan on a free transfer.