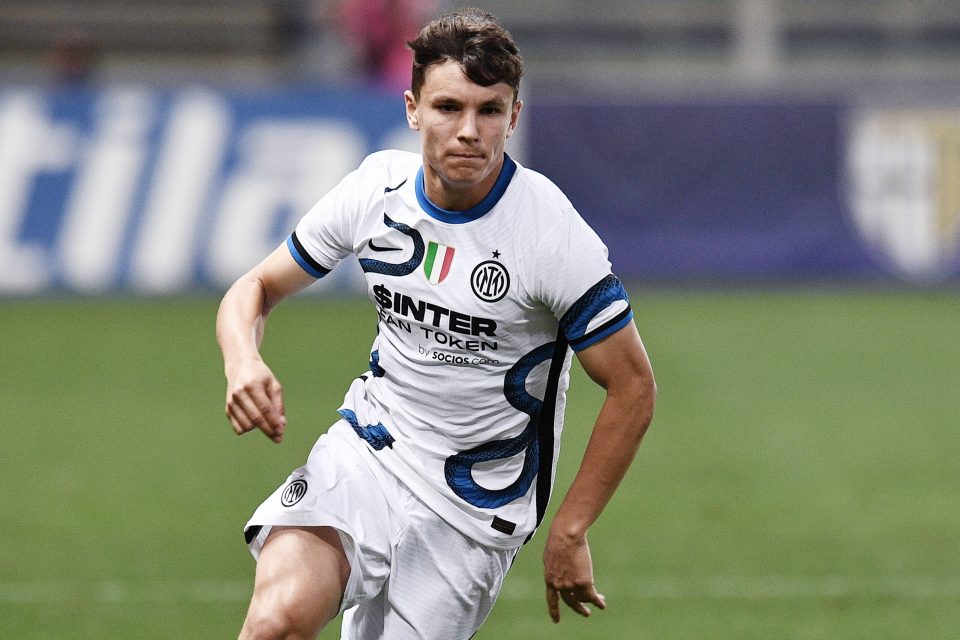 Inter are considering offers from several clubs within Serie B to loan out Primavera wingback Mattia Zanotti ahead of next season.

This according to Italian news outlet FCInter1908, who report that the Nerazzurri will aim to give the 19-year-old his first regular experience within senior football ahead of next season.

Zanotti has already made his debut for Inter’s senior team, replacing Ivan Perisic in the closing stages of the Nerazzurri’s win over Cagliari in Serie A last December.

A positive test for COVID and then a subsequent lengthy period before testing negative held up the young wingback’s development and meant that he was not able to play as prominent role over the second half of the campaign as he had across the first.

However, the 19-year-old is still seen within the club as an important prospect, and the aim now is to give him experience within the senior game, with several teams in the Italian second division interested in his signature on loan this summer.