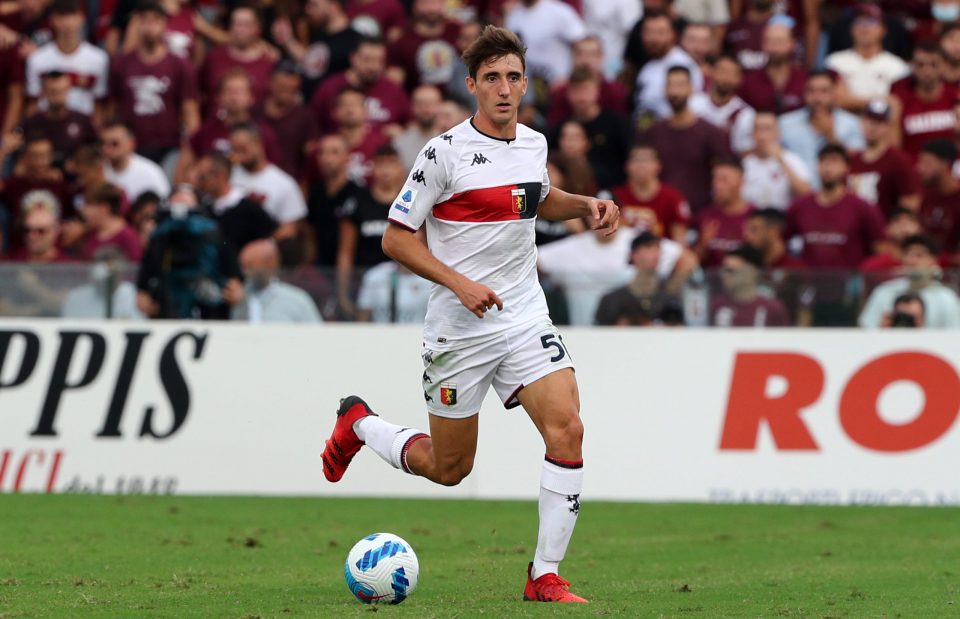 The agent of Genoa wingback Andrea Cambiaso has provided an update on the negotiations with Inter to sign the 22-year-old.

Speaking to journalists as reported with FCInterNews present, Cambiaso’s agent Giovanni Bia explained that there is definite interest in Cambiaso from the Nerazzurri, although he denied that a deal is close.

Cambiaso has been among the names most prominently linked as a wingback target for Inter following the departure of Ivan Perisic to join Tottenham Hotspur on loan.

The Nerazzurri held talks with Bia’s agent today where he acknowledged that they made their interest clear, although so far they have only been exploratory talks and much more would happen before a deal for the 22-year-old would be close.

“He’s a player that Inter like, as do many other teams,” Bia explained. “It would be useless to hide, we talked about it, but there’s still a long way to go from here before we can say he’ll join Inter.”

Bia also explained the full purpose of his meeting with the Nerazzurri today, stating that “We talked about Cambiaso and also some Argentine players who I represent.”

The agent said that there are “Positive feelings, the road is still long but we’re starting to talk.”

Regarding the possibility that Cambiaso could initially be signed by Inter but then immediately sent out on loan to gain experience as has been reported, Bia was circumspect.

“First he’d have to be signed,” he said, “and then we’d have to see what Inzaghi thinks and whether he’ll keep him at Inter or not. These are normal talks.”