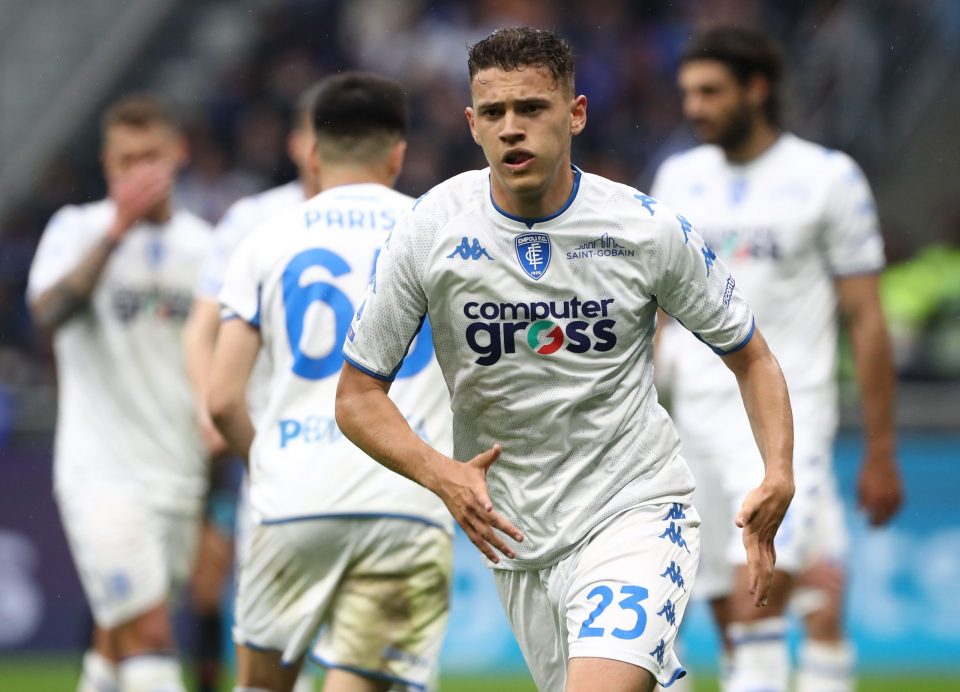 Inter have reached an agreement in principle with Empoli for the signing of midfielder Kristjan Asllani worth €14 million.

This according to Italian broadcaster Sky Sport Italia, who report that the meeting between the two clubs this afternoon went positively, and the agreement is all there on a deal which will likely see Martin Satriano go the other way on loan.

The Nerazzurri met with Empoli today to try and get even further along in their pursuit of Asllani, and they look to have all but wrapped up a deal with the Tuscans, with today’s round of talks having seen the two clubs find an agreement.

The total value of the deal is for around €14 million, while Satriano looks to be the player who the Nerazzurri will send on loan in order to convince Empoli.

Little more needs to be done for Inter to complete the signing of Asllani, and the 20-year-old should soon become a Nerazzurri player.