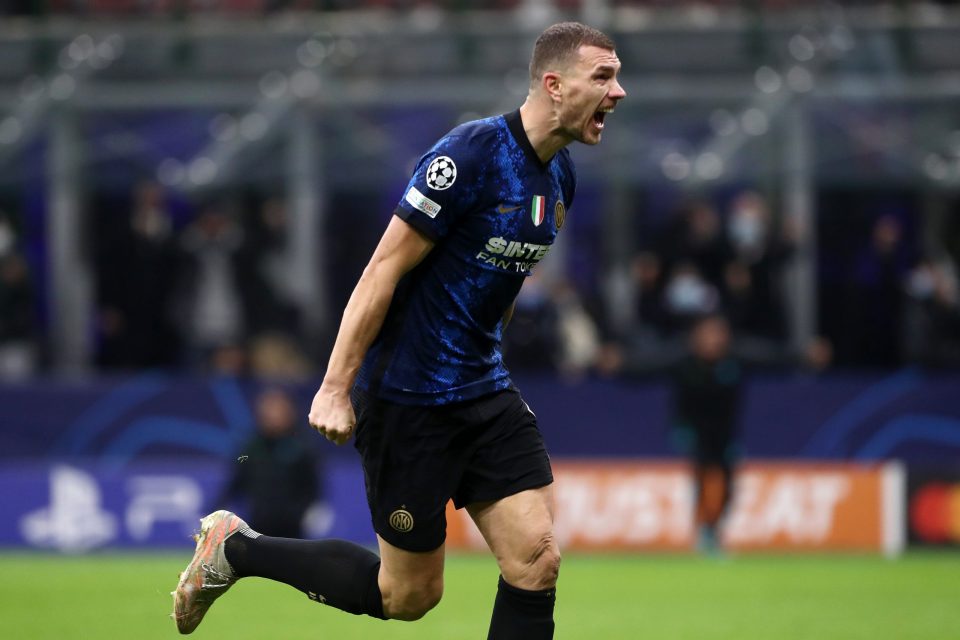 Inter striker Edin Dzeko is willing to accept the advances of clubs that will offer him a two-year deal, according to a report in the Italian media today.

As has been reported by Corriere della Sera, there is a very strong chance that the Bosnian forward will leave Inter after just one year at the club.

This is primarily because the prospect of signing Paulo Dybala on a free transfer as well as Romelu Lukaku on loan is too good for Inter to ignore.

They also want to keep Lautaro Martinez which means one of Edin Dzeko and Joquin Correa will likely have to be sold. His current contract expires in 2023 and he is willing to go to a club that will commit to keeping him for two seasons rather than just one.

It suggests that he does not want to keep moving so much at the end of his career and would like some stability.