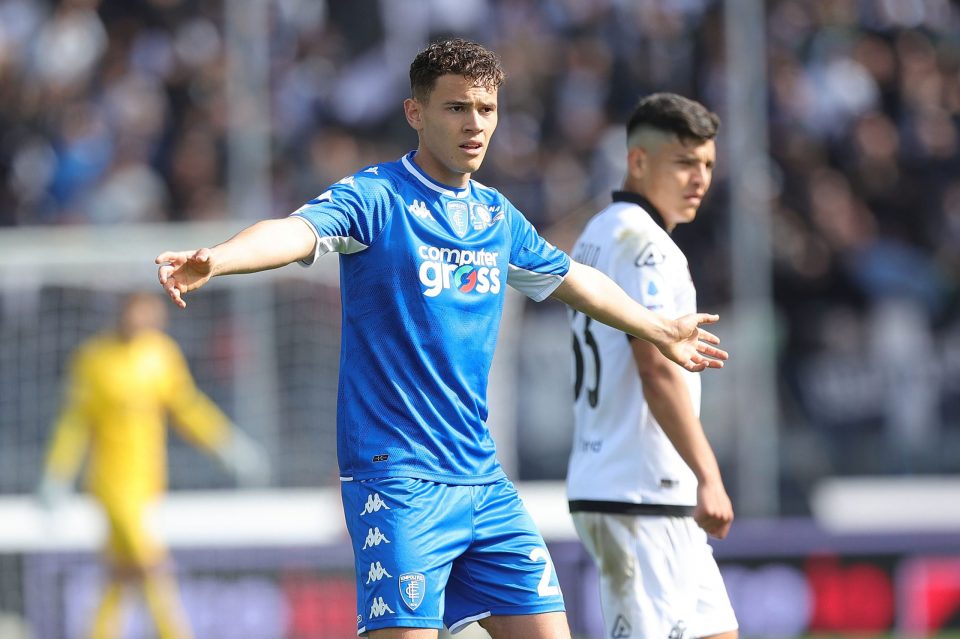 Inter invested the money that they received from Monza for Michele Di Gregorio in the deal with Empoli for Kristjan Asllani, according to a report in the Italian media today.

As has been reported by FCInter1908, Inter have already managed to do once what they need to replicate all summer. They sold Michele Di Gregorio to Monza after their promotion and used the money to help fund the deal for Kristjan Asllani.

In order to keep signing players this summer, they are going to have to do it again multiple times.

Andrea Pinamonti could be next to leave with Torino, Fiorentina, Monza and Salernitana all in the picture for the Italian.

If Milan Skriniar is sold for a high fee, Torino defender Gleison Bremer will then be signed as a replacement. Other players that are being looked at are Destiny Udogie and Andrea Cambiaso to strengthen the wingback depth for Simone Inzaghi.