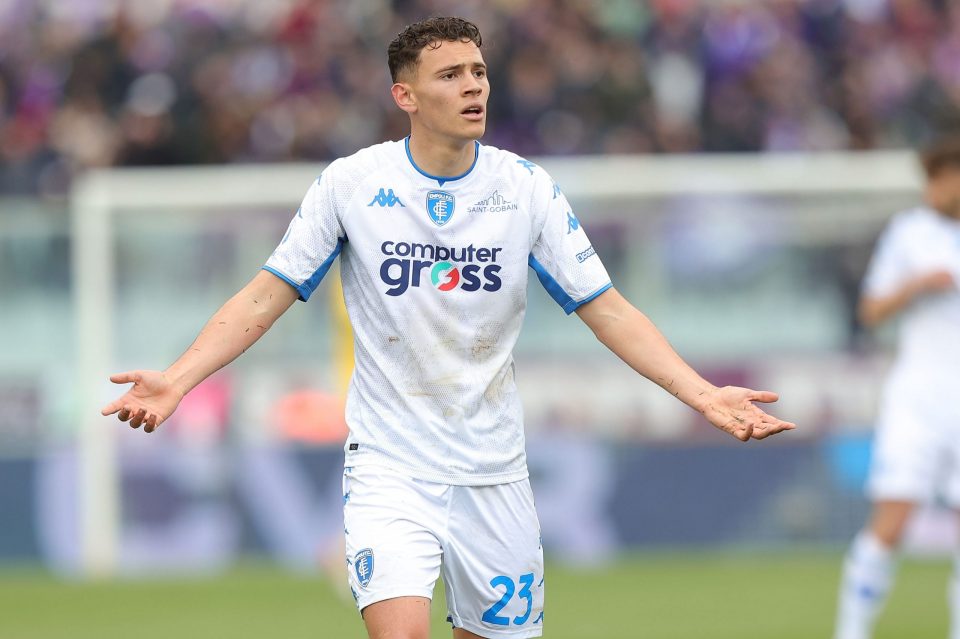 The agent of Kristjan Asllani has confirmed that Empoli and Inter have reached an agreement for the transfer of the Albanian midfielder, according to a report in the Italian media.

As has been reported exclusively by Sempre Inter, Elio Berti has said that the two clubs have come to an agreement and both are happy for the transfer to go ahead as soon as possible.

“We have been informed that the companies have reached an agreement. And there is full availability on all sides. In the coming days we will see,” Berti said.

Elio Berti then added that it pleases him when clubs the size of Inter show an interest in his client and he is clearly excited for the move. He was briefly asked about any interest from AC Milan in Kristjan Asllani but the agent brushed it off by focusing on the deal with Inter.

“We are all happy when there are teams of this type who are interested. AC Milan? We were here,” the agent added.

Elio Berti #Asllani’s agent:
“We’ve been informed that the clubs have agreed terms. We’ll see over next few days.
Too soon to say anything [re length of contract]. We’re happy clubs of this stature interested. Milan? We’re here aren’t we.”
🎥 @SimoneTogna pic.twitter.com/Ad29spqfEu