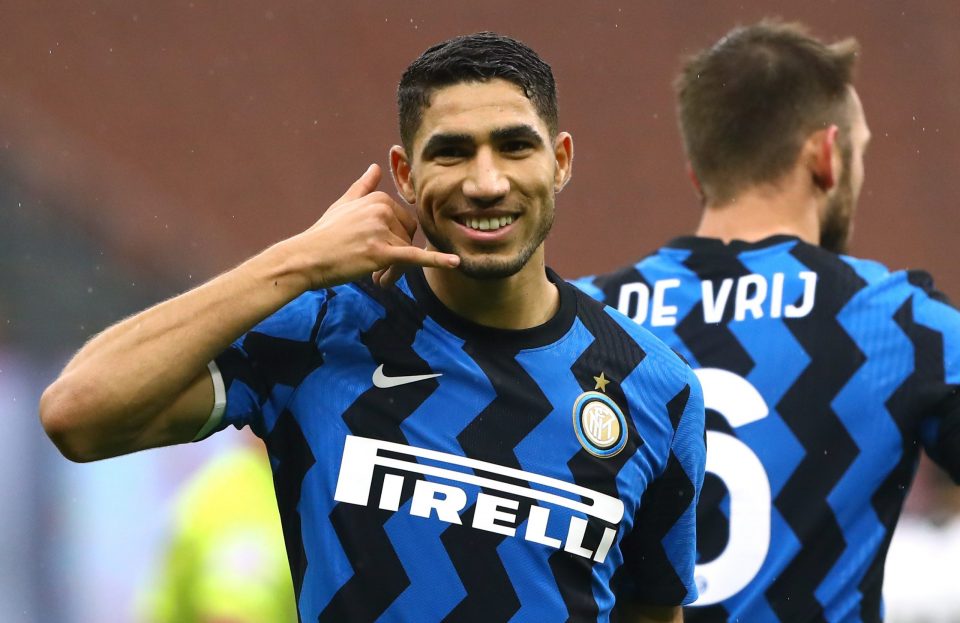 Italian journalist Matteo Barzaghi has suggested that Achraf Hakimi could return to Inter as part of the Milan Skriniar deal with Paris Saint Germain, according to a report in the Italian broadcast media.

As has been reported by Sport Mediaset journalist Matteo Barzaghi, via FCInter1908, there is a chance that Achraf Hakimi could be heading back to Inter as well as Romelu Lukaku.

He thinks there is scope for Paris Saint Germain to offer €40 million as well as the Moroccan wingback for Milan Skriniar who is their top defensive target.

“Skriniar? We are missing a raise from PSG, who are looking around given the very high demands of Inter, who are asking for €80 million, while the Parisians have offered €50 million plus a player.

“We said, even with some conviction: why not €40 million plus Hakimi? Why not try another resounding comeback? It’s not so impossible: he didn’t do well, he wants to come back and PSG want Skriniar. Why not give it a try? It costs nothing to try.”

Achraf Hakimi was the other high-profile departure from Inter to help ease the financial situation, along with Romelu Lukaku who is very close to returning from Chelsea.

He has not had a very successful first season in Paris despite winning Ligue 1 and he is starting to show signs of wanting to return to the Nerazzurri. It would assumedly mean selling Denzel Dumfries too.