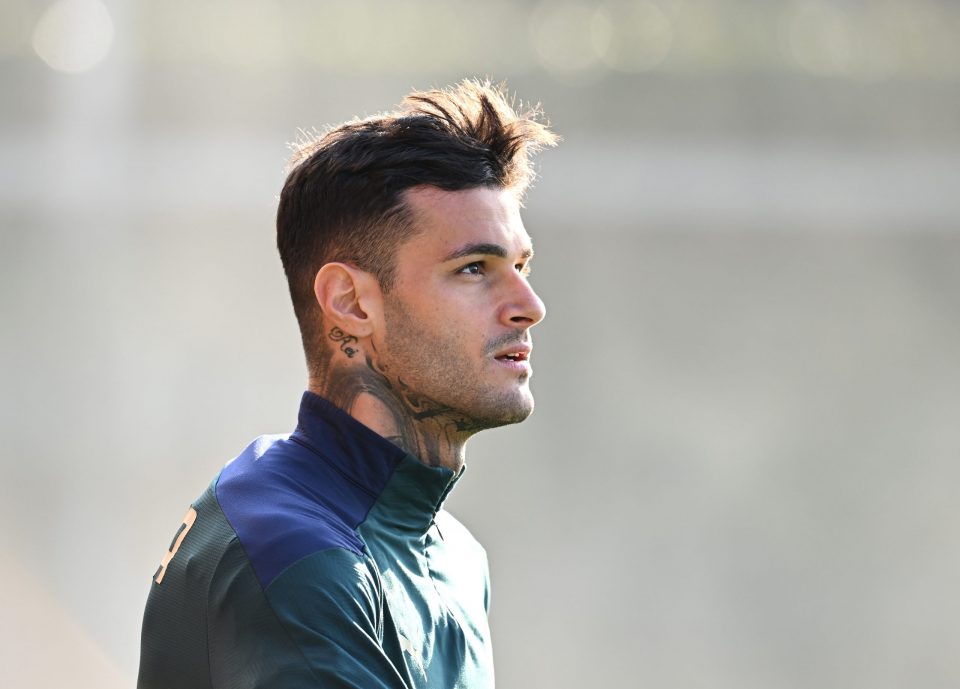 Sassuolo striker may have to accept that his only options are to stay at his current club or move outside of Italy this summer.

This according to today’s print edition of Milan-based newspaper Gazzetta dello Sport, who report that the Neroverdi’s €45 million asking price for the 23-year-old has been enough to keep Inter, AC Milan, and Juventus from making a move for him.

Scamacca’s preference is to remain in Italy and move to one of Serie A’s biggest clubs, and all of the Nerazzurri, the Rossoneri, and the Bianconeri are interested him.

However, the striker’s currently club have been clear on their valuation and slapped a €45 million price tag on him that they won’t go down on very much.

Scamacca has already rejected offers from teams outside of Serie A in January, but this summer it looks like all the big Italian teams are looking at other attacking targets, while West Ham United are not put off by his price tag and Paris Saint-Germain are also contemplating a move.