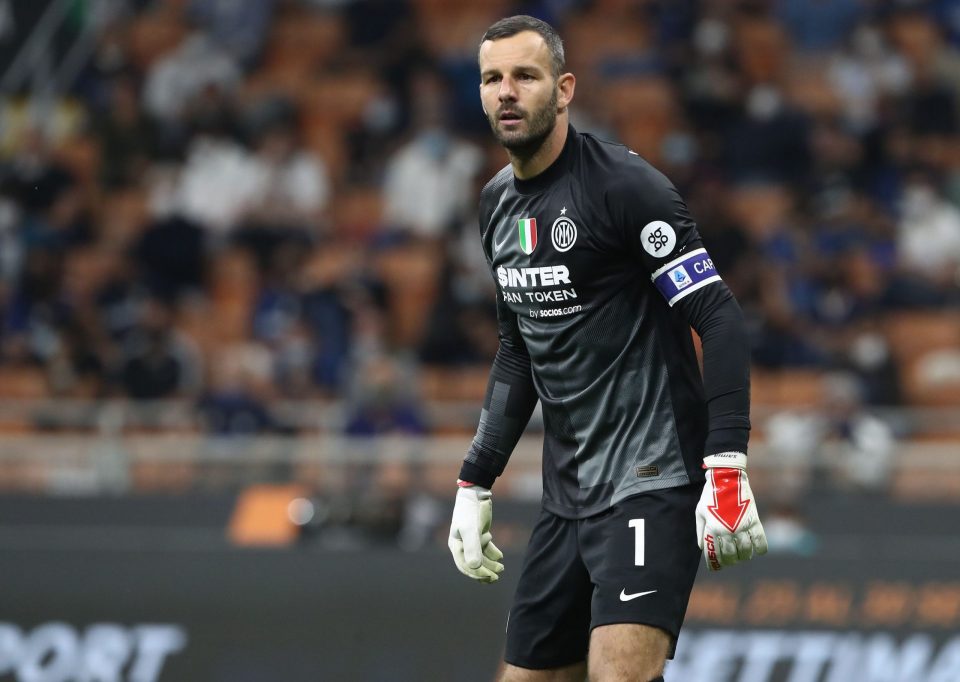 Inter have told Samir Handanovic that he will have the chance to start the season as first-choice goalkeeper while Andre Onana settles in.

This according to today’s print edition of Rome-based newspaper Corriere dello Sport, who report that the Nerazzurri have given the captain clear assurances that he is not just the backup to Onana as a precondition for him deciding to extend his contract.

Onana arrives as Handanovic’s long-term successor in goal, but the Slovenian was still offered a new deal to stay on for at least one more season.

The 37-year-old made very clear to the club that he still expects to be an important player in the project, and that he expects guarantees about playing time rather than sitting on the bench behind Onana.

The current captain will compete for the starting spot with Onana throughout the campaign, but initially at least it is likely to be the Slovenian who has the starting role.