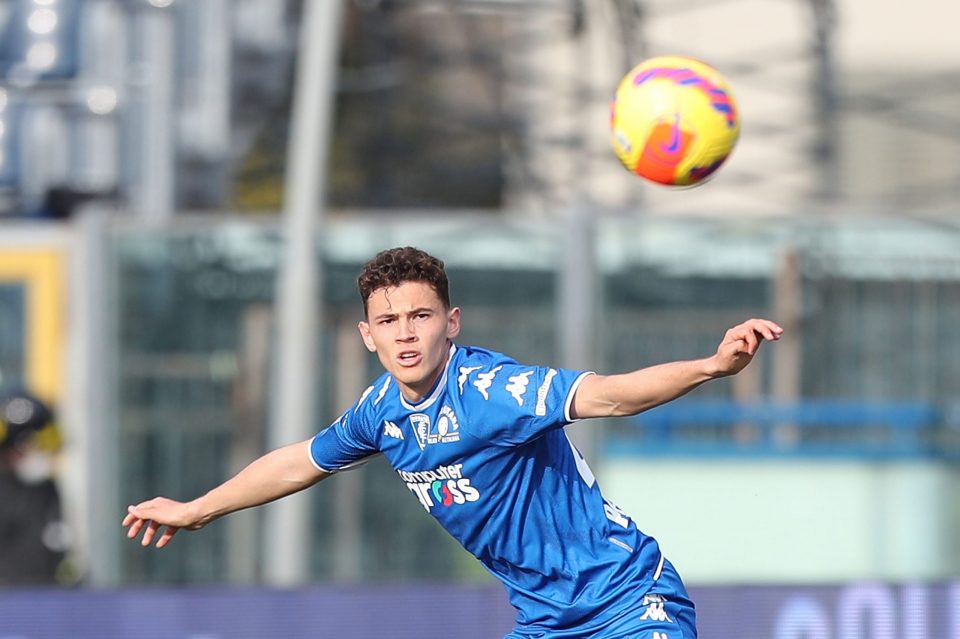 Midfielder Kristjan Asllani will undergo his medicals for a move to Inter sometime this week, and then he will sign a five-year deal running until the end of June 2027.

This according to Italian journalist Niccolo Ceccarini that the 20-year-old’s medicals are scheduled for midweek, and then that the move will be wrapped up and he will become a Nerazzurri player.

Asllani has been identified as a key target in midfield for Inter for some time, and they have long had an agreement with the Albanian, whilst in the last couple weeks the talks with his current club Empoli have accelerated and come close to a conclusion.

Now, all that is left is for the medicals and other formalities to take place, and then Asllani should sign his contract and officially become an Inter player ahead of the upcoming season, and he will be seen as a vital backup to Marcelo Brozovic in the squad.

Ceccarini wrote, “Asllani will have his medicals with Inter in midweek, and then sign a contract until 2027.”

Ex-Cagliari Coach Massimo Rastelli: “Loss Of Ivan Perisic Has Had A Big Effect On Inter This Season”

PSG Pushing Milan Skriniar To Delay Contract Extension With Inter So He Can Be Signed On Free Transfer Next Summer, Italian Media Report

Hakan Calhanoglu’s Availability For Inter’s Serie A Clash With Roma In Doubt & No Risks Will Be Taken With Fitness, Italian Media Report