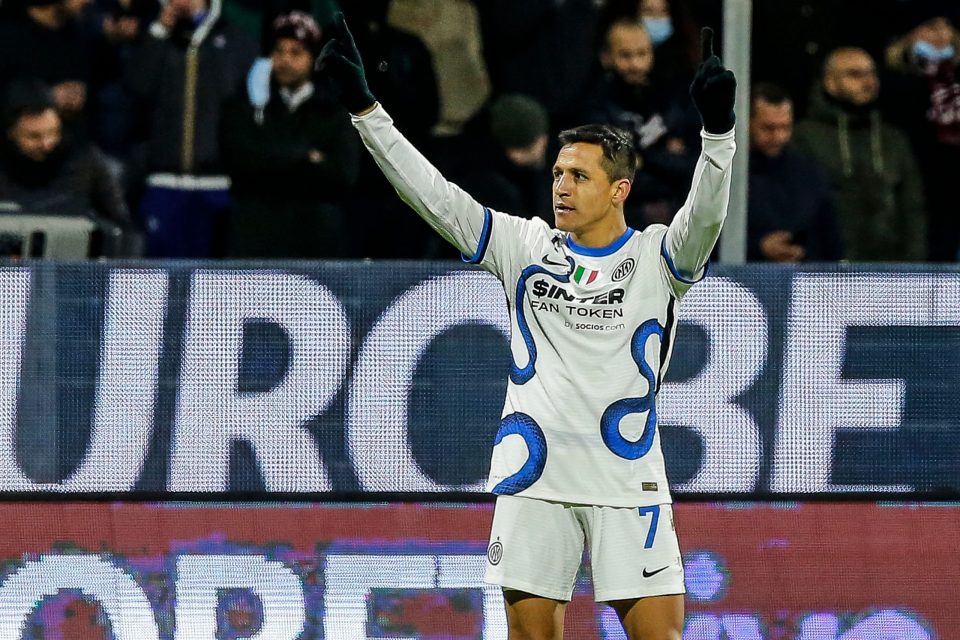 Inter want to hurry up the departure of forward Alexis Sanchez, and could do so by agreeing a termination of his contract by mutual consent.

This according to today’s print edition of Turin-based newspaper Tuttosport, who report that the Nerazzurri are impatient and do not want to waste much more time waiting for the Chilean to decide on his future.

A summer exit has long looked to be all but inevitable for Sanchez, and the 33-year-old’s agent is negotiating the terms of a departure with the Nerazzurri.

Sanchez is thinking about his future, with his hope being that former club Barcelona will make an offer for him, whilst a number of other teams are also interested in his signature.

However, the Nerazzurri are uncertain of how long all of this will take, and given that offloading Sanchez would be necessary to get other transfer business done, they could seek to simply terminate his contract.

Ex-Inter Defender Daniele Adani: “Difficult To Give Up On Nicolo Barella”

Former Inter defender Daniele Adani has said that it is hard to give up on a player like Nicolo Barella amid the midfielder’s poor form,…