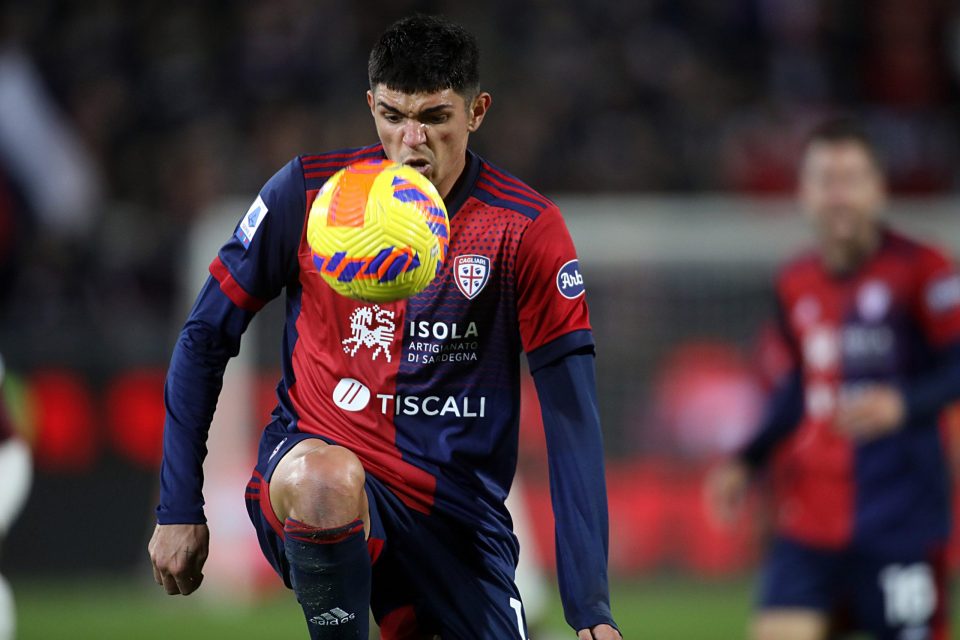 Raoul Bellanova’s medical with Inter is scheduled for next Monday as he is set to join the Nerazzurri from Cagliari, according to a report in the Italian print media today.

As has been reported by Corriere dello Sport today, the wingback is going to become Inter’s latest summer signing after Romelu Lukaku and Kristjan Asllani were confirmed.

The Cagliari youngster missed the international games with the Under-21 side recently due to an injury but he will be able to carry out his medical examinations next week.

There is a chance that his signing could be announced at the same time as multiple important Nerazzurri announcements.

Samir Handanovic’s extension should be announced by the club very soon. As well as that, there is also the announcement of Andre Onana’s arrival as a free agent.

Similarly, there is Henrikh Mkhitaryan’s arrival on a free transfer from Roma and then Sebastiano Esposito’s loan to Anderlecht to finalise.