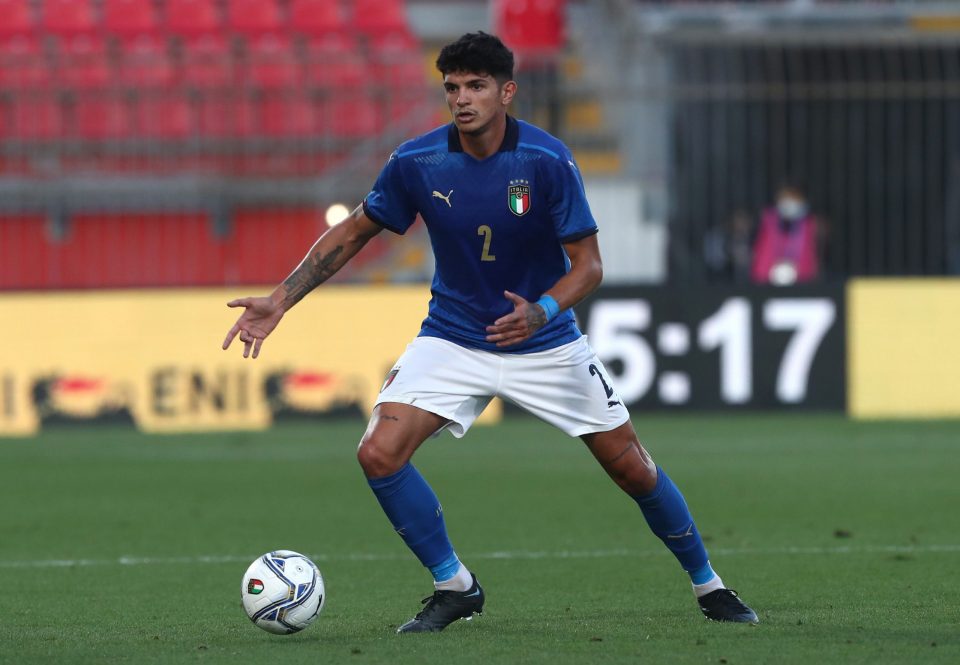 Raoul Bellanova could be set to take the number 12 jersey at Inter which has been vacated by Stefano Sensi this summer, according to a report in the Italian media today.

As has been reported by L’Interista, Stefano Sensi’s loan move to newly-promoted Monza has been confirmed and that means that the number 12 jersey at Inter is free to whoever wants to take it.

It is not a number that is likely to be taken by Andre Onana or Henrikh Mkhitaryan who will be announced by Inter in the coming days as new Nerazzzurri players.

Raoul Bellanova’s move from Cagliari is expected to be confirmed on Monday next week as that is when he is scheduled to undergo his medical examinations and sign his contract.

He will then be given the chance to explore the trophy room at the headquarters and conduct a short interview as all new players do such as Kristjan Asllani and Romelu Lukaku.

Inter Striker Romelu Lukaku: “I’m Only Thinking About The Serie A Title, Don’t Care If I Finish As Top Scorer”

Inter striker Romelu Lukaku has made winning the Serie A title his priority and isn’t overly concerned with any individual honours.Speaking to Italian broadcaster DAZN…

Inter head coach Simone Inzaghi has been extremely impressed by the progress of young midfielder Kristjan Asllani in the first team during the preseason.This according…

Paris Saint-Germain have made contact with Inter once again regarding a possible move for defender Milan Skriniar, and they are considering raising their offer for…