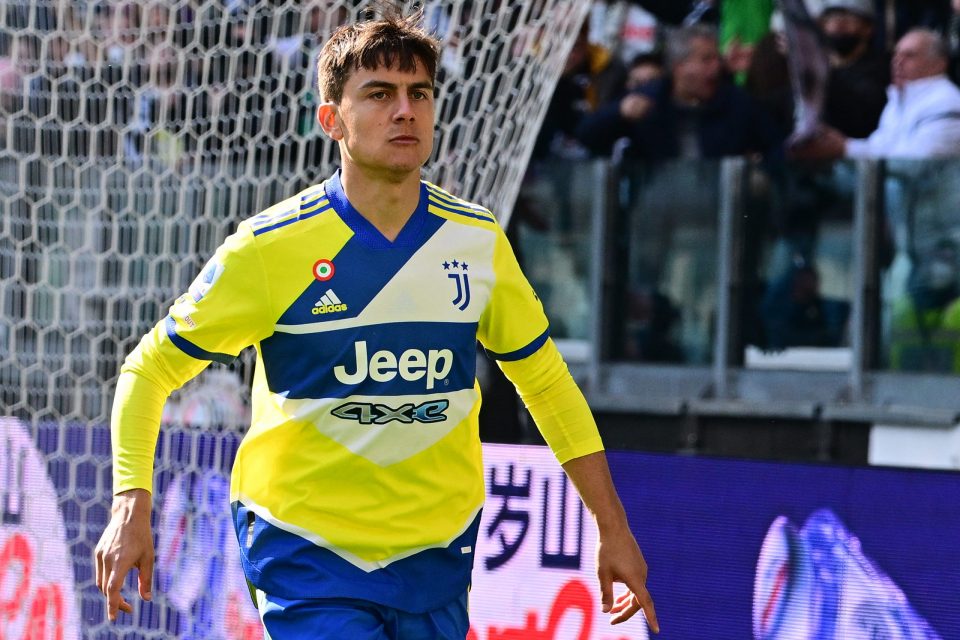 Inter CEO Beppe Marotta is hoping that the signing of Paulo Dybala on a free transfer can be wrapped up by the middle of July.

This according to today’s print edition of Milan-based newspaper Gazzetta dello Sport, who report that the Nerazzurri executive wants to get a deal done once some sales are made, but that a departure of two forwards may not be necessary.

Inter have completed several signings already, most notably that of Romelu Lukaku on loan from Chelsea, and now their attention must necessarily turn to offloading players.

Milan Skriniar’s anticipated move to Paris Saint-Germain will bring in a fee, whilst sales of Andrea Pinamonti and Stefan de Vrij could further bolster the Nerazzurri financially.

Moreover the departures of Arturo Vidal and Alexis Sanchez will be key to lightening the Nerazzurri’s wage bill, an important condition for signing Dybala.

Fitting the Argentine into the squad could prove to be tough even after Sanchez leaves, but Marotta is keen to get it over and done with, and could move for him once the Chilean is gone, even if both Joaquin Correa and Edin Dzeko are still in the squad.