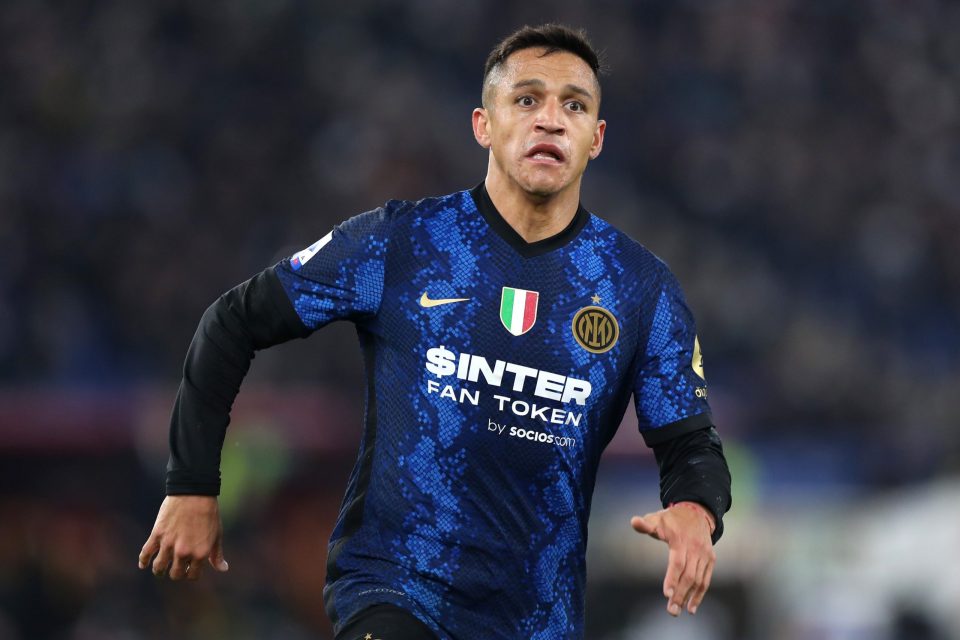 Alexis Sanchez has yet to receive any concrete offers that have convinced him to leave Inter as the Nerazzurri seek to get his departure wrapped up.

This according to today’s print edition of Rome-based newspaper Corriere dello Sport, who report that the Chilean’s future is still unsettled although the Nerazzurri are determined to offload him in one way or another.

Sanchez is not in the Nerazzurri’s plans for the upcoming season, and the intention has long been to agree a termination of his contract by mutual consent in order to facilitate his exit.

This could be made more straightforward in the event that a club comes forward for the 33-year-old, and there have been a number interested teams linked, the most recent of which was Flamengo who are on the verge of signing his Inter and Chile teammate Arturo Vidal.

However, as of yet nothing concrete has materialized as far as Sanchez’s future, whilst the Nerazzurri push for a departure so that they can sign Paulo Dybala.