Inter midfielder Arturo Vidal will fly to Brazil soon where he will undergo his medicals with Flamengo shortly, and an announcement of his official move to the club is expected on July 16.

This according to Brazilian news outlet Lance, who report that the 35-year-old is expected to fly to Rio Di Janeiro this evening for a Copa Libertadores match between Flamengo and Tolima and then will complete his medicals soon.

Everything is all set to go through on a move by Vidal to join Flamengo, and the medicals will be the final remaining piece before he can sign his contract.

The Chilean will be in Brazil shortly, and while he is there the medicals for the move will be one of the main items on his agenda.

Vidal will then return to Italy where he will attend to some personal business, and then he will be back in Brazil where his unveiling as a Flamengo player is expected for later this month. 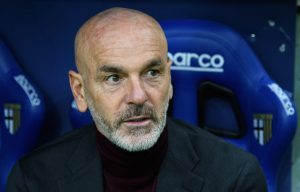 Italian Journalist Andrea Di Caro: “Inter Better Equipped Than AC Milan To Win The Title But It Will Be A Strange Serie A Season”