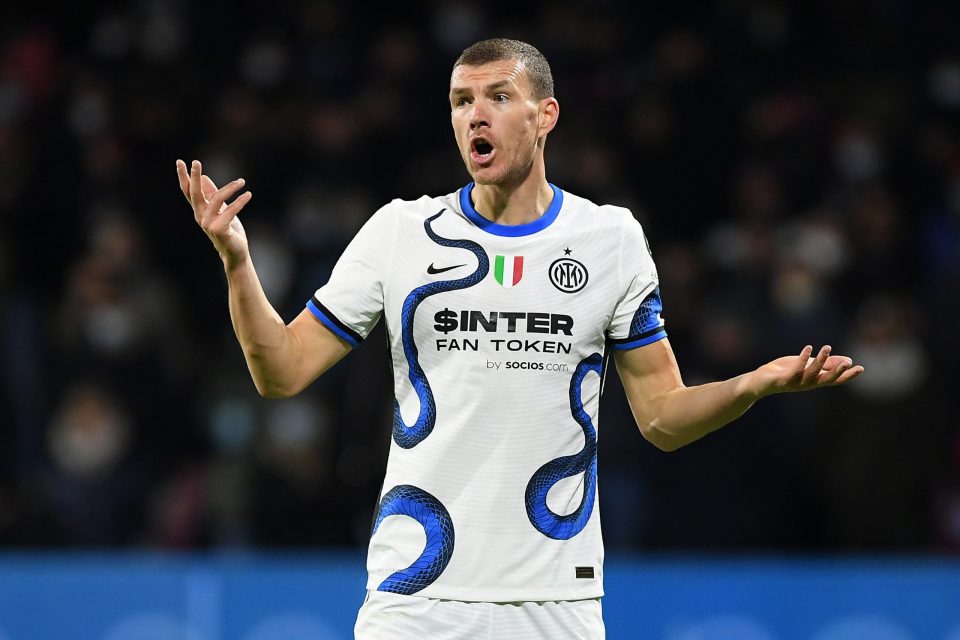 Napoli head coach Luciano Spalletti is keen for his club to sign Inter striker Edin Dzeko this summer, while Monza and Juventus are also interested in signing him.

This according to Italian broadcaster SportMediaset, who report that the Partenopei coach would push for the signing of the Bosnian, whilst a couple other Serie A clubs are also interested in him.

Former Inter coach Spalletti has already worked with Dzeko, during his time in charge of Roma, and the Bosnian enjoyed his best scoring season under the coach when he finished as Capocannoniere during the 2016-16 campaign with the Giallorossi.

The coach remains an admirer of Dzeko, and has identified the 36-year-old as a target to bolster the Partenopei’s attack going into next season.

Meanwhile, Monza have made the Nerazzurri striker a target as they look to bolster their squad for an ambitious first season in Serie A, whilst the Bianconeri have targeted him in the past and could move for him once again if he is available.