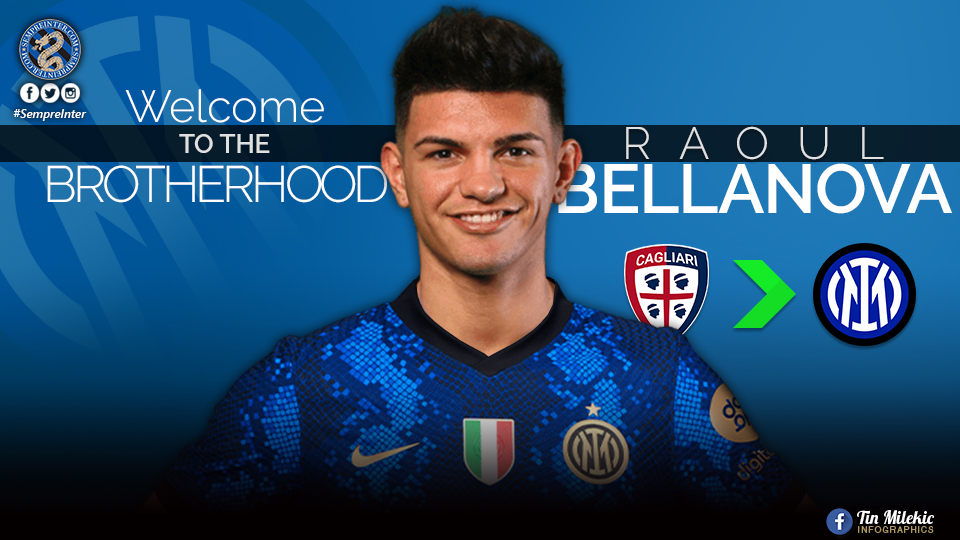 The latest in our back-to-back reviews is Raoul Bellanova, a 22-year-old wingback from Cagliari.

Being a right wing-back, we’ll be comparing him to Denzel Dumfries and Matteo Darmian, his main competition for that role.

The key attribute stats we’ll be focusing on for these Wingbacks is goal contributions, passing, dribbling, and defense.

All stats were sourced via FBref.com and Wyscout.com and are provided in either “per 90 minutes”, as an overall percentage, or a percentile against all Fullbacks in the top 5 leagues.

This tells us that, while Dumfries and Darmian were close to their expected outputs, they all fell short.

Incredibly, Dumfries actually rates as a top 99th percentile for all Fullbacks in the top 5 leagues; Filip Kostić topped the list last season with a “npxG+xA” of 0.44.

Clearly, Darmian is not much of a dribbler.

Defense: Dumfries does the most defensive actions per game at 20.12, followed closely by Darmian’s 19.16, and lastly Bellanova’s 17.31.

None of them are particularly outstanding in defensive percentiles against all other Fullbacks with two exceptions: Bellanova is 60th percentile for blocks per game, and Dumfries has an amazing 93rd percentile of aerials won per match.

Dumfries turned out to be an excellent replacement to Hakimi, outperforming him last season in “npxG+xA”, tackle success, pressure success, and aerials won while also matching Hakimi’s goal contributions.

Darmian is a great defender with great passing skills, but doesn’t seem to dribble forward if there is any pressure in front of him; maybe it’s his age or just that he’s never had over 50% dribble success rates.

Nonetheless, we need a right-side Wingback that can be the blend between both, Dumfries and Darmian; someone with an “npxG+xA” higher than Darmian that can learn better defense and hopefully grow into a goal contributor to match Dumfries.

Like Dimarco was last year, Bellanova is a coming-of-age wingback that has the potential to succeed in his new home.