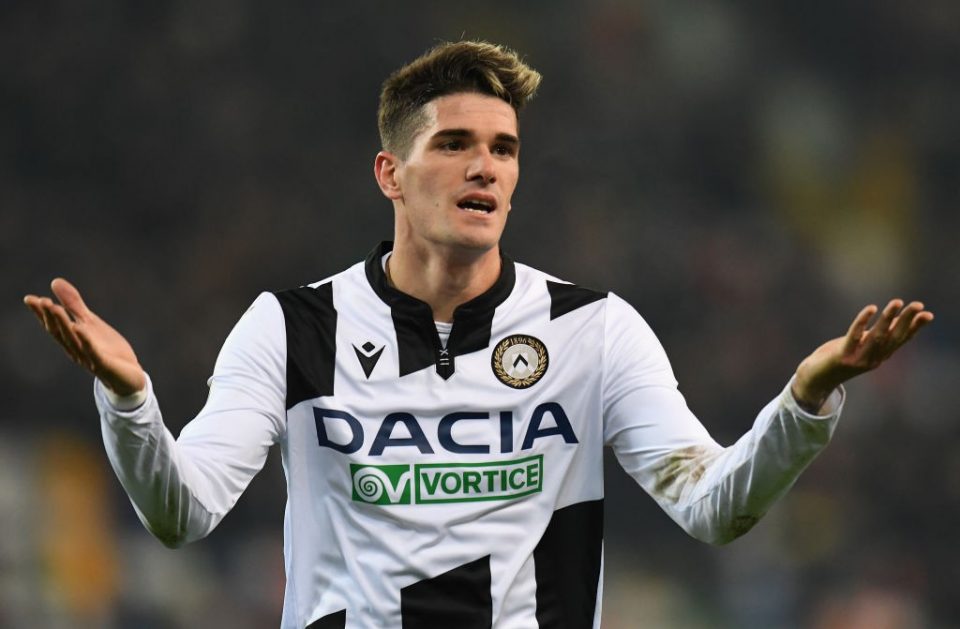 SportItalia transfer market expert Alfredo Pedulla believes that there is a parallel between Inter’s failed pursuit of Torino defender Bremer and their abandoned chase of Udinese’s Rodrigo De Paul three summers ago.

Writing in a column on his homepage, Pedulla noted that in both cases, the Nerazzurri did not end up signing a player who they had been in talks with for seven months, although for very different reasons in the two cases.

Inter look set to miss out Bremer to Juventus after the Bianconeri moved fast to hijack their deal for the 25-year-old, and now they’ll be left wondering how they missed out on a player they appeared to have in hand virtually since the beginning of the year.

As Pedulla notes, they had also been in talks with representatives of Udinese midfielder De Paul for a similar stretch of time, although in that case they chose to move on rather than being beaten to his signature by a rival.

“Inter, as I’ve always said, have had a preferential option to sign Bremer since last December, but seven months were not enough to wrap up the deal,” Pedulla writes.

“More or less the same way it happened a few years ago with De Paul,” he noted, “total agreements with Udinese in January, then they suddenly backed out. In that case justified by the arrival of Antonio Conte who evidently had other ideas.”

Pedulla notes that “Bremer waited, he didn’t give up, until he realized he would have to wait a little longer. That’s how negotiations are, and that’s how they should be reported, we don’t put a signature on it until it’s done.”

“Bremer’s social media like of a caricature of him in an Inter shirt on Saturday, quickly undone, is the apotheosis of how it works,” he suggests.

Pedulla continues that “Juve did in three or four days what Inter should have done without waiting too long. It took Juve three days to sign him, and Inter seven months to lose him.”

“And now they’ll have to lock down Skriniar in some way so as not to have any other unpleasant surprises,” he adds.